The Stanley Cup of Waffles

Share All sharing options for: The Stanley Cup of Waffles

Waffles. Don't ask me why but they've became an integral part of the 2010-11 Toronto Maple Leafs season. Years of fan frustration with the team's failures has manifested itself into these delectable breakfast treats flung with fury unto the ice surface. After this latest flinging, the Leafs responded with 2 goals and made a game out of Atlanta's visit on Monday. Perhaps these staples of the early morning meal have some unknown property which is able to motivate this squad. Perhaps in another form they cannot help this team right the ship and return to former glory.

Ladies and gentlemen, I believe I've found the ideal motivational use for waffles in regards to your Toronto Maple Leafs. Behold, the Stanley Cup of Waffles! 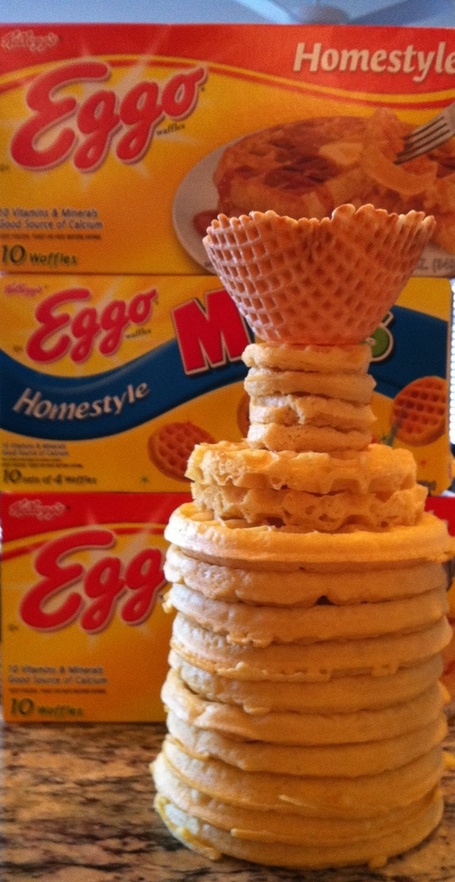 That's 12 regular sized Eggo waffles, 4 mini-Eggo waffles, and 1 Keebler brand waffle cone bowl. It stands over 12" tall, is 4" wide at the base and has 1340 calories, 45 grams of fat, and 65% of your daily carbohydrate needs. It truly is the breakfast of NHL champions.

And before you say that's not Canadian enough, I already thought to add some maple syrup: 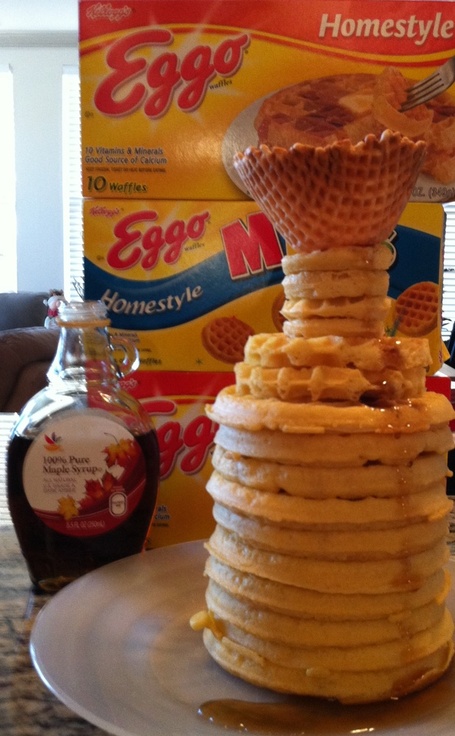 It tastes great too! 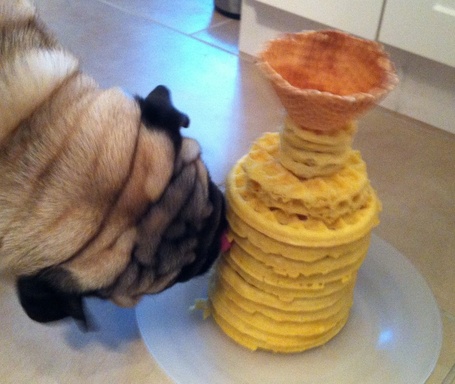 Mad props go out to mf37 and eyebleaf for the inspiration.