Brian Burke, GM in the Vatican, is not quite St. Burkie yet. It sure looks like getting rid of Jason Blake's was a miracle even if his former parishioners make a great case for it being a win-win. Unless of course Vesa Toskala ever starts a game. I cannot believe that as soon as I was going to write another big post about Vesa Toskala and how terrible he was he got traded and I...get to write another big post about how terrible he was as a Toronto Maple Leaf.

As with Jason Blake, hope sprang eternal. Toskala was traded to the Leafs so long ago that the post I wrote about the trade was written on the old blogspot site. It definitely highlights the fact that I was desperately looking for the bright side in every move at that point. I even thought Mark Bell could contribute beyond scrambling Daniel Alfredsson's brains which, to be fair, was more than enough for me by then. But the post still had signs that unconsciously I knew what the outcome would be:

In a repeat of last year's move JFJ picked up a potential # 1 goalie who he will probably sign to a new contract in the next couple of months. The saying 'fool me once, shame on you. Fool me twice...well you won't fool me again' (Thanks Dubya) comes to mind. If Toskala doesn't pan out then it HAS to be JFJ's last chance. Right?

Turns out that Dubya was not right because JFJ did indeed get fooled again. At least I was right about Toskala getting signed to an extension before he played a single game for the Maple Leafs. Hell, a fortnight had not even passed:

...he was quickly signed to a 2 year $8M extension. The trade...addressed the Leafs' need to get better in net. Raycroft will benefit from...not having to start 42 games in a row. The extension bothers me...because Toskala has not earned it. Who knows how he will deal with the media fishbowl? The best way to look at it is that he is getting paid $9.375M for 3 years and after a great year the extension could look like a piece of brilliant work by JFJ (likely good enough to save his job) but if not then it will be the next GM's problem.

Uhh there might be some editing in there. Of course, I nailed the conclusion:

The long-term effects will probably be devastating if only because that's what it's like to be a Leafs fan...

Things were off from the start. The price paid to once again plug a stop gap in the goaltending picture was heavy but was compounded by the fact that Toskala didn't care about his game. In fact, that little SOB never cared at all. He got paid and that was that. Even as we were trying to pronounce his name properly it turned out that we had it right all along. I like to think of this post as my magnus opus on Toskalol. I sure wish I had been way off of the mark. If there was a bright side to the bastard Finn's tenure it was that he brought out the best in the PPP community's creativity: 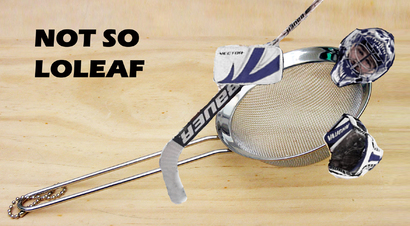 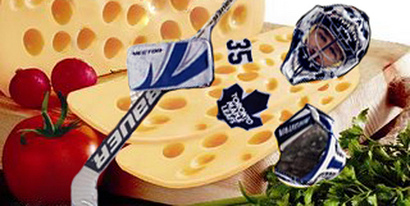 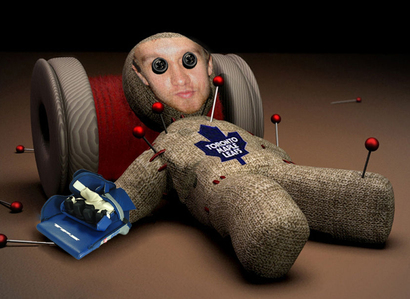 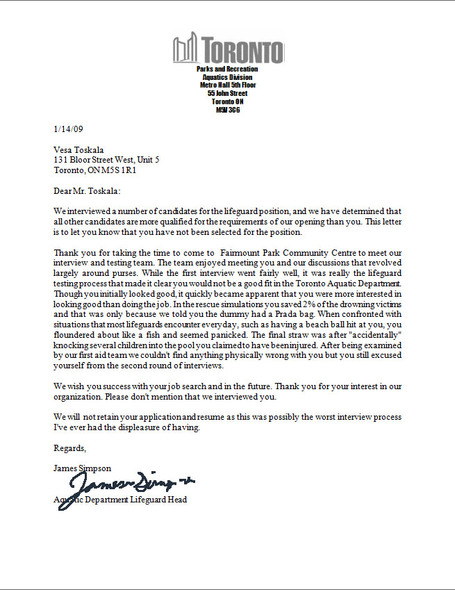 The final straw (just kidding but I need to use that for the set up) came when I made the trek to Buffalo to see a friend's birthday and was treated to this goal:

The enduring memory of Toskala won't be his love of man purses, his chubbeh bunneh face, the phrase "gets through Toskala", or even the three draft picks that went out the door to get him. It will be this quotation which reiterated everything Ron Wilson and Brian Burke ever said about the sieve being lazy, unwilling to work, and resistant to change:

"Vesa is not a guy who likes to build relations with coaches. He preferred to be by himself," said Allaire. "To do that, to say, `I’m okay by myself, I know what to do,’ you have to be really good in this league in 2010.

"Everybody has a goaltending coach and it’s the little things that can make the difference."

Vesa Toskala is only 5'10" but he qualifies as little and he certainly made the difference this year for the Maple Leafs. I'd throw more numbers in but it might make me kill someone. The powerplay is atrocious for a lot of reasons but the biggest is Toskala's .750ish save percentage (the average is about .866) and his GAON/60 is 11.94. The latter is almost a five goal per 60 minutes difference from Jonas Gustavsson. Who knows how the season would have gone if this guy:

had never stepped into the Leafs' crease. If his attitude wasn't repulsive enough his results certainly were.

The best thing about Vesa Toskala? Watching him leaver. I'm just sad that I'll never get to upper deck him.