Hi, my name is PPP and I used to hate Ian White. Before the beginning of last year I wanted nothing to do with the moustachulent one. To be fair, he had not grown his moustache then. I thought that he was not too small to play defence in the NHL. The end result of that size problem was that he frequently bailed on the puck to avoid contact and was manhandled all over the ice. I had seen enough to know that he was never going to be more than maybe a seventh defenceman until someone better could be developed. I certainly wasn't alone in thinking that Ian White was never going to be more than a scrub. And then we got to see the kind of story that highlights why people can get so attached to drafted players.

A new head coach came in and decided that Ian White was not worth a spot in the starting line-up. Frankly, most were not surprised. When he finally made it into the lineup it was as a forward. Eventually, a spot opened on the blueline and White grabbed his opportunity by the throat and never let go until the day he left. The progress is really amazing to look at:

The numbers are even more impressive when you consider that in every category his numbers were better than the player that is generally regarded as the Toronto Maple Leafs best defenceman Tomas Kaberle. This isn't meant to pass judgment on our classy Czech simple to show how far Ian White came. IT reminded me of Norm MacDonald's monolgue when he returned to host SNL a few months after getting fired (here's video just after he got canned from his role as the Weekend Update anchor):

"So imagine my surprise when I got traded. I mean, I went from being so bad that I wasn't allowed to step on the ice to being so talented that I was traded for Dion Phaneuf!"

If you are curious about just how Ian White compares to his peers these two posts by clrkaitken are must reads (incidentally, if you are wondering what FanPosts are for those two are also good examples of the kind of writing that fits). At the end of the day, you have to give up value to get value back. There has been a lot written about Ian White being the better player but that's only when you look at this particular season. Aside from having the most goals, power play goals, game winning goals, and something else (I can't find it on Google now but I saw it on TSN so help me out) for defenceman since entering the league Dion Phaneuf has had four seasons with at least 47 points while this is going to be the first time Ian White breaks 26 points in his career.

I understand the complaints that 'suddenly' Ian White has reached his peak while Dion Phaneuf has the potential to improve on his current 22 points. Why weren't these issues brought up before? Part of it is simply the psychology of being a fan. There are plenty of pratfalls in this deal without adding the fact that the Leafs might have traded away a massive part of an excellent blueline. It's much more fun to look on the bright side of life. That also explains why no one talked about White having peaked or whether he was close to his peak while he was a Leaf. But that's all in the past. Certainly I think most wish of us with Ian White the best. So let's focus on the great times he had as a Leaf specifically this one which summed up why Ian White was labelled Moustachulent and why he had become a cult figure in Leafland:

Great Days in Moustache History: November 2, 2008 - The Power of Wendel Compels Him 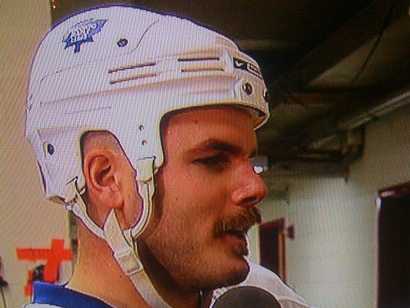 When you need someone to lay down the law 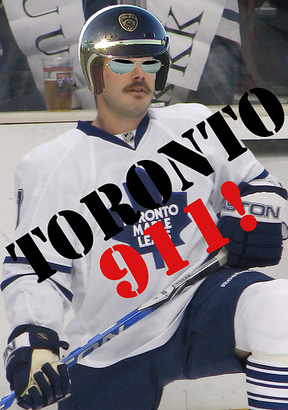 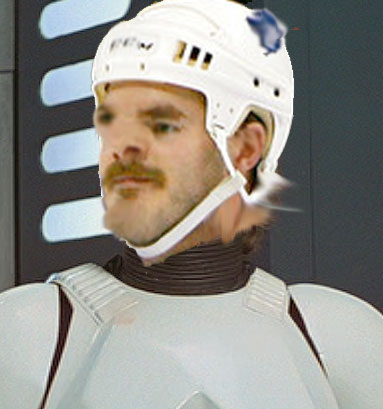 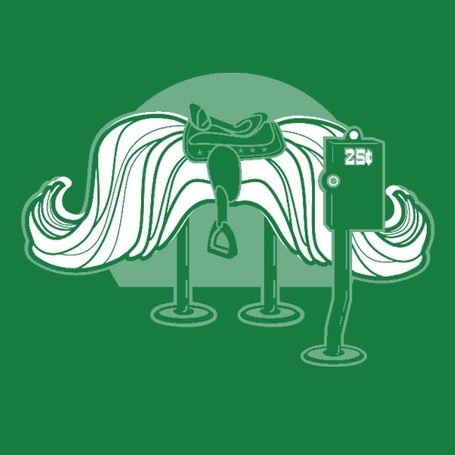 Goodbye you stud. We'll miss you. 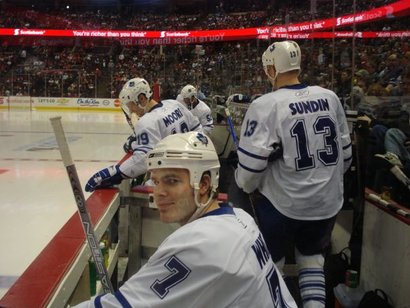