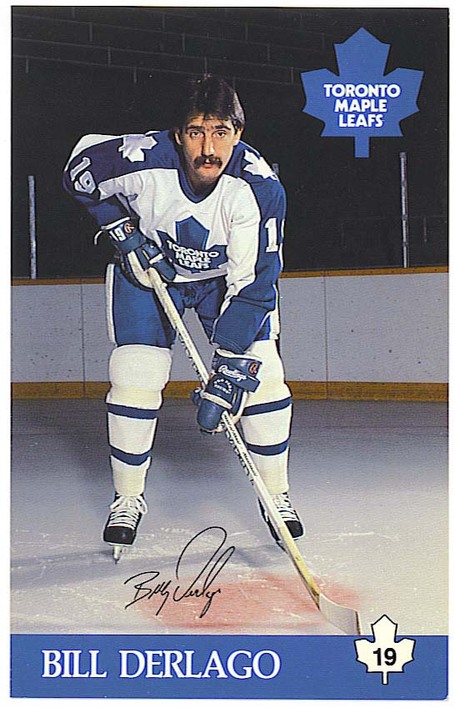 A couple of thoughts before we get going here:

First, I want to offer my sincerest condolences to the Burke family.  To a parent, there is no greater loss than that of a child.  I lost a cousin at 18 under similar circumstances and even though that was over 20 years ago, nobody is really over it.  You learn to function, but I'm not certain you ever really heal.

Second, as a non-hockey aside, did anyone notice that the Saints had been in a 42-season drought prior to last night?  Droughts end.  Just sayin'.

Given all the flashbacks and tributes the Leafs have done this year, there was a dandy on Saturday and they never even mentioned it.  That second Luke Schenn goal?  The one where he came bombing down the right wing, got a step on the defenseman and blasted it right through the goalie?  Classic Rick vaive.  All Schenn needed was another 2 on his back and it was 1983 all over again.

Well, he also needed Billy D giving him the feed. Then it would have been perfect.

Drafted by Vancouver, his rookie season was wrecked by a knee injury in November.  He was hit by Denis Potvin and didn't play another game all year.  As a sophomore - and coming off major knee surgery to boot - he got off to a slow start and in February was dealt to Toronto with Rick Vaive for Tiger Williams and Jerry Butler.  Tiger was wonderful, but this was a steal of epic proportions.  Vaive and Derlago would be 2/3 of the Leafs' top line for years.  Vaive would hit 50 three times while Derlago would hit 40 once and 30+ three more times.

The HHOF has this comment in their write-up.  Just think about this:

"In Toronto, Derlago finally got the stable setting he needed to establish his game as a smooth-skating playmaker who had the deft passing touch that could successfully feed Rick Vaive's cannon-like shot."

I don't know what was going on in Vancouver in 1980, but if coming to the Ballard/Imlach Leafs of 1979-80 represented the stable setting he needed, it must have been catastrophic. 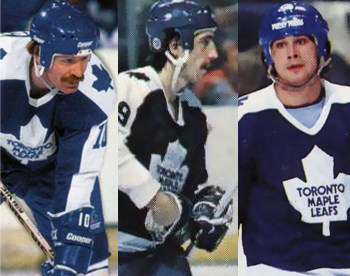 By 1984-85, the line of Anderson, Derlago and Vaive was firmly entrenched as the number one unit and it seemed to me that there was always controversy surrounding them.  The team couldn't get the puck out of their own end or trust their goaltending at all (hmmm) but the focus all seemed to hit the top line.  They were always getting ripped, whether by the press or by Ballard himself.

Bill missed 18 games with a shoulder injury but still put up 62 points in as many games, despite getting bumped from time to time by Dan Daoust.  He was actually the only point-per-game player on the team that season as Vaive slumped to just 35 goals and 68 points.

For 1985-86, the line was torn apart.  John Anderson went to Quebec and one game into the season, Derlago was sent to Boston for Tom Fergus.  As it turned out, just like when he arrived, the Leafs won this deal in spectacular fashion.  Fergus would score 30 in 1985-86 while Derlago only had 16 left in his entire career, spent with three more teams over the next two seasons.  I never knew why he fell off the map so badly, but he was done in the NHL at 28. 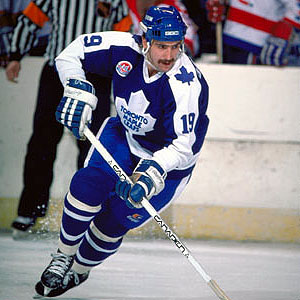 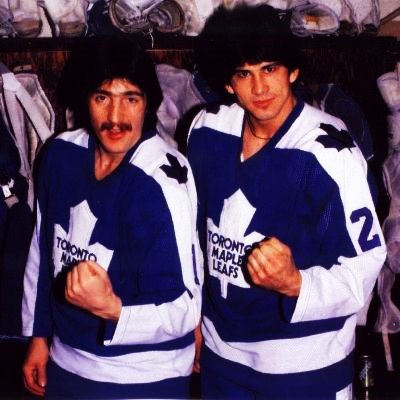 Some pictures really just shouldn't be taken - via 1.bp.blogspot.com


The HHOF take on Bill:

"Known as "Billy D", Bill Derlago was an excellent all-around athlete who appeared as a natural on a golf course, a tennis court, a baseball diamond, or a hockey rink. The latter, of course, got most of his attention as he rewrote the record books as a standout sniper with the Brandon Wheat Kings of the WCJHL from 1974 to 1978.

A long NHL career was predicted for the talented centreman when the Vancouver Canucks picked him up 4th overall in the 1978 Amateur Draft. He hit the ice amidst expectations that he would do unto the Canucks as he had done unto the Wheat Kings.

But a knee ligament injury early in his first campaign threw a wrench into his career aspirations. It wasn't until year two that he finally got going, albeit not to a high enough pitch to satisfy the powers of Canuck-land. Derlago was dispatched, along with Rick Vaive, to the Toronto Maple Leafs in February 1980.

In Toronto, Derlago finally got the stable setting he needed to establish his game as a smooth-skating playmaker who had the deft passing touch that could successfully feed Rick Vaive's cannon-like shot. The two worked together to raise each other's game, especially Vaive's, to sniper status.

But despite Derlago's steady output over his five-plus seasons with the club, questions about his desire and self-discipline were raised. There has been speculation that since he was a first-hand witness to the very public persecutions of Darryl Sittler and Laurie Boschman, that he made a decision to avoid too much success for fear of being next in line for abuse. Derlago clearly had all of the offensive tools to be a 50-goal man. And yet he avoided all of the exercise regimes and extra practices that might have raised his game to that height. Instead, he chose to remain a consistent 35- to 40-goal man where the spotlight didn't shine with such hot intensity.

In 1985, as he was beginning to slow a step, he was traded to the Boston Bruins for Tom Fergus. As a Bruins, Derlago was relagated to third- and fourth-line duty as a defensive forward. His new role was a foreign assignment, to say the least. He lasted only 39 games and was then traded to the Winnipeg Jets.

By then, Derlago was clearly on the downside of his career. He lasted only a brief time with the Jets before he was sent to the Quebec Nordiques in 1987. Eighteen games later he was demoted to the Fredericton Express of the AHL where he played only 16 games. He then went overseas to play in Italy for one season before hanging up his blades in 1988." 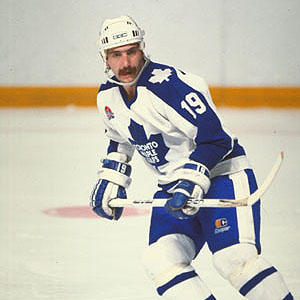