No Habs No! - Brooks Laich

Share All sharing options for: No Habs No! - Brooks Laich

Game three in the series saw an unlikely recipient of the No Habs No! token of appreciation as Brooks Laich scored the eventual game-winner in a 5-1 win. The third game of the series was more along the lines of what pundits and all fans outside of Quebec expected when they looked at the 1 v. 8 matchup. Jaroslav Halak was shelled, earning himself the nickname Jaroslaugh HAHAHAlak, and the stage was set for Carey Price's triu...errr...return to Montreal's net. I commend Brooks on his goal and commiserate over shared fandom. 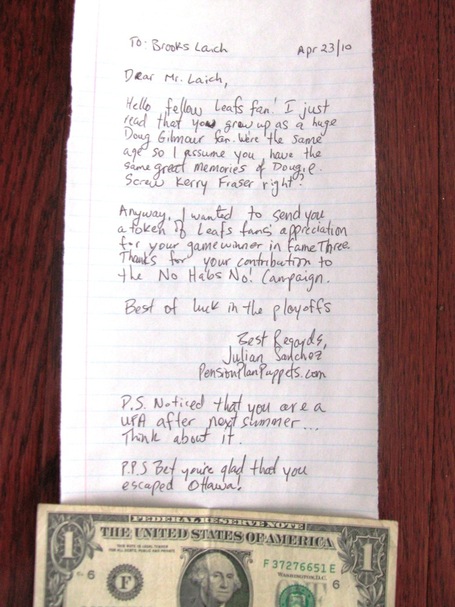