No Habs No! - Jason Chimera

Share All sharing options for: No Habs No! - Jason Chimera

Jason Chimera's had a tough career. He played a bunch of seasons pre-lockout with the Edmonton Oilers only to end up in Columbus after the lockout and missed the Oilers' run to game seven of the Stanley Cup Final. That's without even getting into the fact that Columbus, Ohio is a terrible place to live filled with some of the worst humans parading as sports fans in the US. He potted the fourth goal in Washington's 6-3 win which led Carey Price to throw his first hissy fit of the game.

Anyway, this one is a bit different from the other two mostly because there's no attempt at tampering. Chimera is 32 and has quesitonable sex with teenagers. No wait, that was Mark Chmura. Whatever, he's too old for the Leafs. 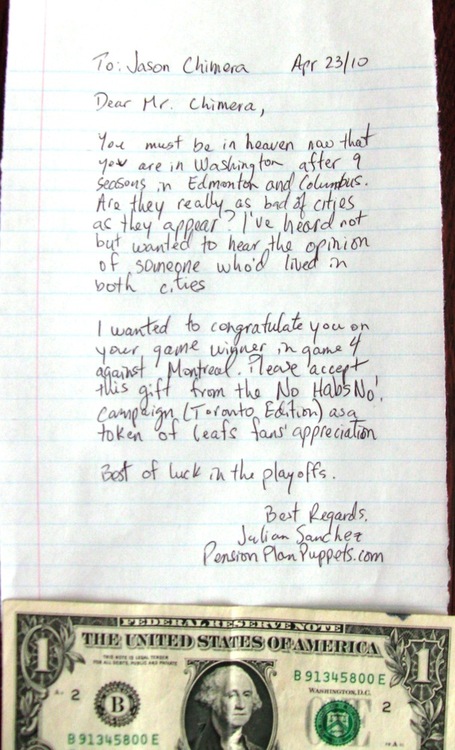