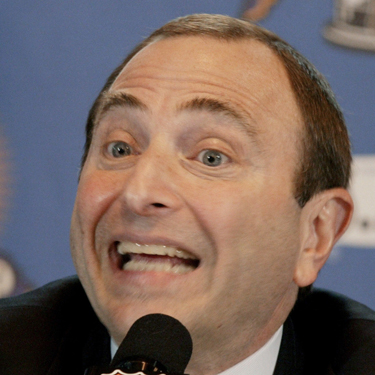 Good evening. A few minutes ago, the NHL Ambassadors to every club in the league told the leaders of those clubs what I am about to tell you. It's complicated and it's going to take a little time, so I hope you'll bear with me and listen to what I have to say. A little over eight months ago two businessmen, Bill Daly and Colin Campbell, working alone in their offices in New York City, saw something in South Eastern Quebec that gave them great concern.

They saw a hockey team, and the hockey team was, well, there was a remote possibility that the team was on a path that could take it to a Stanley Cup victory. Chances are the Canadiens will miss the playoffs, because hockey teams aren't on railroad tracks, they're sliding and side-slipping all over the ice. But this one is too small for us to just cross our fingers and hope it scoots on by. So tonight, I want to tell you what I can about what we're doing to take care of the Habs before there's even a chance they might reach the Cup Finals.

So for the past eight months, the United States and Russia have been building the greatest hockey team ever constructed; it's being built in Washington, DC. We call it the Washington Capitals. I want to emphasize that some journalists argued that there was no reason to spend the time and money to intercept a team that probably won't make it out of the first round, but we decided not to take that risk. And right now, a team of Americans, Swedes, and Russians, are at the Verizon Center in DC. This is the team that will stop the Canadiens. 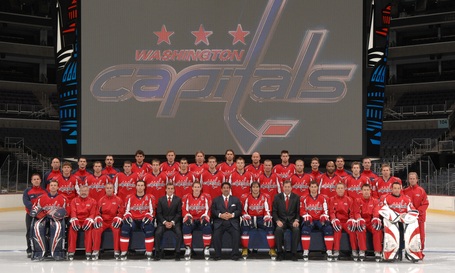 We know that the threat of a Canadien’s Stanley Cup is going to give some people an excuse for lawlessness. As of this evening, I've placed the referees on full alert. We will not tolerate any disruption of our way of life. Our society will continue as normal. Hockey will go on. 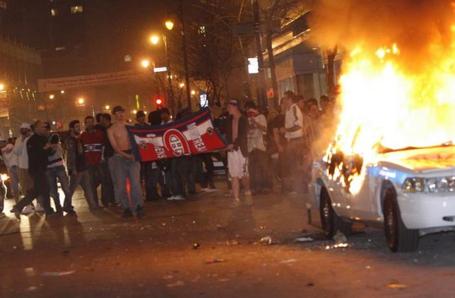 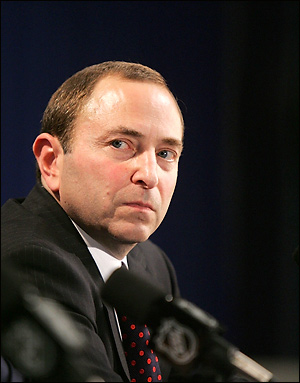 You know what just happened. We have lost communication with the Washington Capitals although we continue to track them visually. We don't know how many are alive. We don't know their condition. Now we have to make some decisions together. What do we do? You have a choice; we have a choice right now. Ever since the Canadiens made the playoffs, we've been hoping and working for the best, but we've also been planning for the worst. Our strategy has been two-fold. First, it was the Washington Capitals, and second we have been preparing the Pittsburgh Penguins for a repeat of last year's Stanley Cup Victory.  If they can deflect the Habs’ shots only two degrees they will bounce harmlessly off of Fleury and head back out into the neutral zone. Unfortunately, the Penguins cannot be launched until the Canadiens are only a few rounds away from the Finals and while we are confident the Pens will succeed, it is only prudent that we now take cautionary steps to insure the continuation of our way of life. To guarantee that there will be enough of us left to rebuild a new world in the unlikely event that the Canadiens do win the Stanley Cup. So, in the soft limestone of Missouri, we've been preparing a network of immense caves, and they're almost finished, and we can put a million people in them, and that million people can survive there, underground, for two years, until the air clears and the car fires burn out. The cave is more than a dormitory; it's our new Noah's Ark: we're storing seeds and seedlings, plants and animals, enough to start over. Other countries are preparing similar caves along whatever lines they feel are best to preserve their ways of life. This is ours. 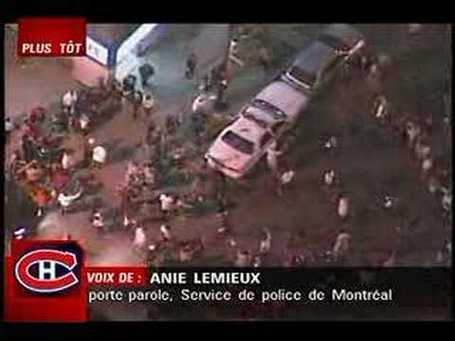 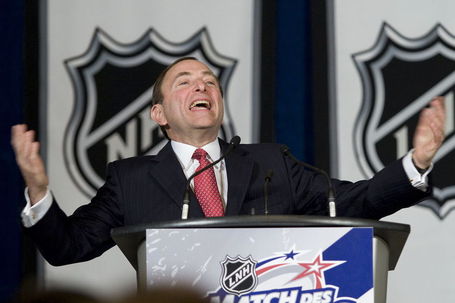 The Penguins have failed. The Canadiens are headed for the Eastern Conference Finals and there's nothing we can do to stop them. We have now been able to calculate their final trajectory and we have determined where they're going to strike. So this is it. If the world does go on, it will not go on for everyone.

The Canadiens will take the ice in the Eastern Conference Finals; somewhere in Eastern Pennsylvania, at the Wachovia Center of Philadelphia. At 7:00pm, Eastern Daylight time. Can we get a map? Can somebody get me a map right now?

The impact of the Canadiens winning would be disastrous.  Within a week, the skies will be dark with dust from the car fires, and they will stay dark for two years. All plant life will be dead within four weeks, animal life within a few months. Good luck Flyers.