No Habs No! - Craig Adams

Share All sharing options for: No Habs No! - Craig Adams

When Craig Adams raced into the slot to bury a Pascal Dupuis shot it looked like Montreal's luck had finally run out. They were no longer facing the naive and unlucky Washington Capitals. They were face-to-face with the defending Stanley Cup champions. No longer were they going toe-to-toe with the Southeast Division champions but the team that had unseated the hallowed Detroit Red Wings. Sure, they had lost a couple of key players including Hal Gill who would be lining up with the Canadiens. Oh how wrong we were.

After the jump, a question for Craig about his schooling. 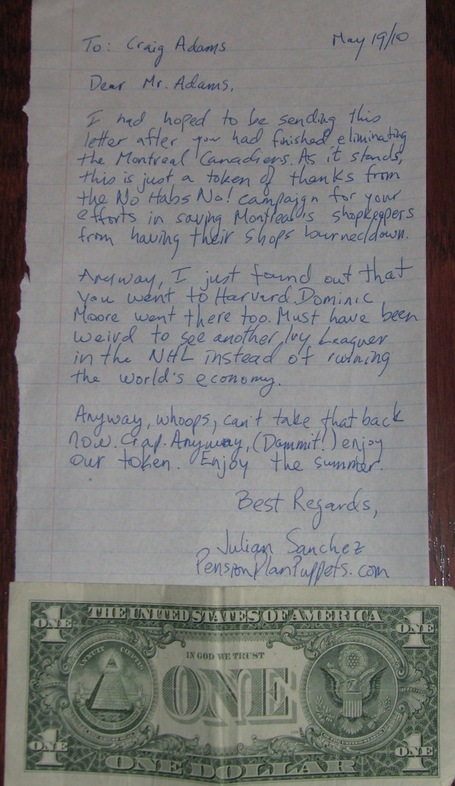