No Habs No! - Evgeni Malkin

Share All sharing options for: No Habs No! - Evgeni Malkin

Last year Evgeni Malkin won the Conn Smythe for his efforts in the playoffs. His parents were shown nightly and were credited with his strong play. This year, if they were there then their magic failed. Instead of a repeat performance he instantly became the Pittsburgh Penguins' Tomas Kaberle. Heck, now he might even be overrated. One thing is for sure though: he scored a game winning goal against Montreal. It gave the Penguins the elusive (or is it illusory?) momentum but in the end counted for nothing.

After the jump, I remind Malkin about his last visit to Canada. 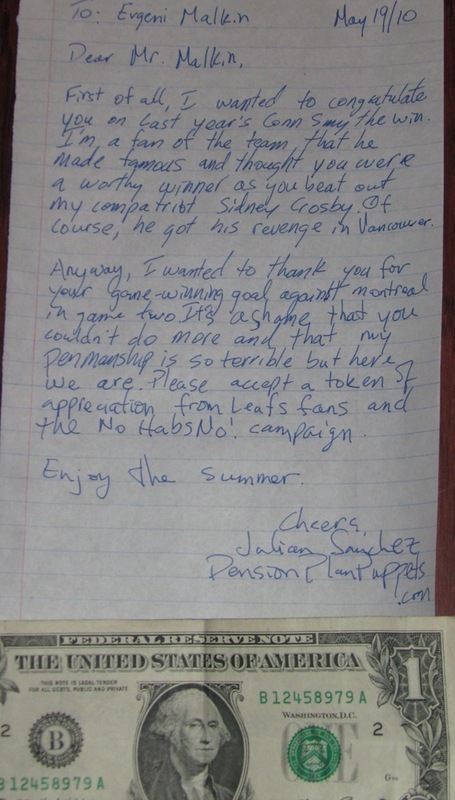