No Habs No! - Braydon Coburn

Share All sharing options for: No Habs No! - Braydon Coburn

1967ers and I are batting around some ideas for posts to write this summer but if we were Atlanta fans Braydon Coburn would definitely feature in some way. Don Waddell, in his infinite wisdom, saw the need to actually make the playoffs traded a young defensive stud who he had drafted eighth overall for Alex Zhitnik. The Thrashers were promptly swept. Meanwhile, the Flyers laughed all the way to the bank so to speak.

In game one, Coburn's opener, and eventual winner, set the stage for the kind of traffic that Jaroslav Halak was going to face in this series. Coburn spent more time in the Habs' crease on play than most Capitals and Penguins forwards did throughout their entire series.

Letter after the jump and you best believe I mentioned the Thrashers trade. 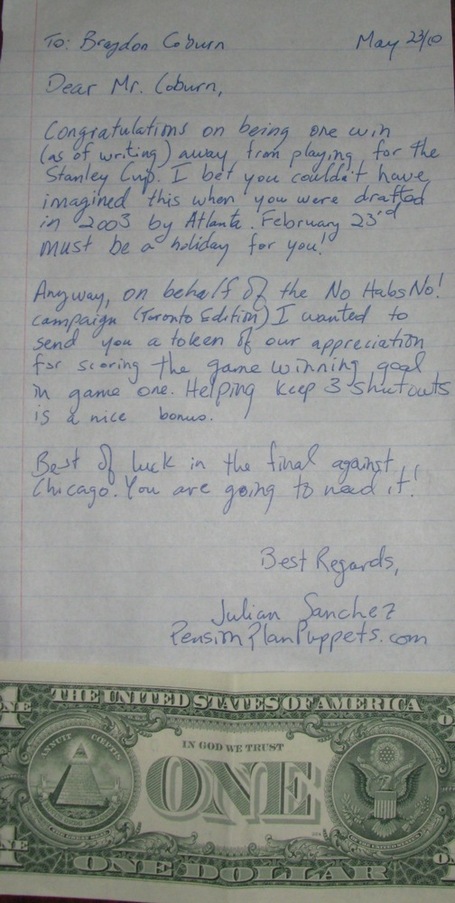