The Sweater, yes, but what about Teeder's Teeth?

Share All sharing options for: The Sweater, yes, but what about Teeder's Teeth?

Much ado is being made today about the fact that Paul Henderson's 1972 Team Canada sweater is up for sale.  As of the moment I write this, the auction stands at $131,138 with just under 25.5 days to go.  I think this one gets pricey.  Actually, I think it's pricey already.

This isn't a case of a former star selling off a treasure because he's short on cash.  The next owner of this sweater will actually be the fourth.  Henderson originally gave the sweater to the Team Canada trainer, Joe Sgro, and Joe sold it some time later to the collector who's selling it now.

I'd love to see this somehow or other wind up in the Hall of Fame, but so long as it's not cut up to put into a hockey card, it's all good.  (That actually happened to the one documented pair of George Vezina's goalie pads.  That's bloody sacrilege.)

For those who don't know them, Classic Auctions is sort of the gentleman's eBay.  They deal in high-end items and often estates of former athletes.  If you want Bobby Orr game-used, it's going to be at Classics.

Right now, besides the Henderson sweater, they have the Teeder Kennedy estate collection up.  If you recall, a few months back I bought Teeder's Copy of The Leafs in Autumn, probably my favourite hockey book and definitely the one that got me going on hockey history.  This also came from his estate.  It has since become apparent that Teeder likely had anywhere between two and two thousand copies of this thing, but even if this book spent the past 35 years in a box in Teeder's attic, hey, it was still something he owned.  It was close to him.

Nothing that Classic Auctions has up, though, ever got closer to Teeder than this: 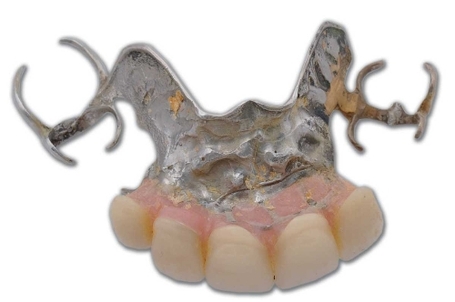 Yes - those are Teeder's teeth.  With a starting bid of only $150, you too could have a chance to chew with Ted Kennedy's chompers.  They have a bunch of other things as well - Cup rings, awards, skates, autographs, whatever.  Those are all personal mementoes, to be sure.  Nothing is more personal, however, than the bridge.

I always have mixed emotions when it comes to estate auctions.  The collector in me is always fascinated to see the kinds of things that are available.  The human being in me always feels a bit downcast at the bits and pieces of a life being scattered to the four winds, often at pennies on the dollar. 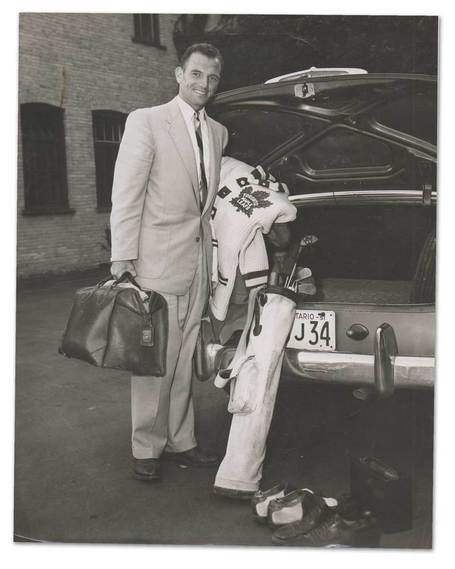