From Beauchemin to Stalberg, we're taking a look at and grading (please read the criteria below) the 2009-10 season for every player who laced 'em up for the Maple Leafs for a significant number of games during the campaign, with an eye towards 2010-11. That means only guys that are still property of the Maple Leafs. We're doing this in concert with Maple Leafs Hot Stove. Next up, Viktor Stalberg. 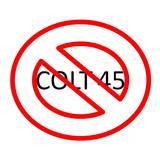 Viktor Stalberg made a big splash in the pre-season as he led the NHL with 6 goals in 8 games. Then came game number three of the season and the player known as the A-Train. After Anton Volchenkov's hit Stalberg began a steep decline that led him to the AHL for 39 games. He returned in December but his impact was minimal until he found a bit of chemistry with his fellow Frat Packers Tyler Bozak and Christian Hanson. It was enough to make some wonder if there was any hope to marry his exceptional speed with a more physical game.

As with many of the young players, he was unable to match his potential with results. This coming season will obviously be important as he tries to show that his problems with consistency lay with the transition to a more rigorous schedule and a tougher league rather than being found out as mediocre. Whether he sticks or not we can at least look forward to a year's worth of special messages.

The good news is that Stalberg was playing some tough minutes. He racked up the third highest QUALCOMP among forwards that remain with the team while playing with the fourth worst teammates and I guess that mitigates the results somewhat. In terms of results, he drew 10 penalties in 40 games which would have put him close to the top performers Kulemin and Grabovski over an entire year.

Well, Stalberg was basically a replacement level forward according to Tom Awad's GVT. He was middle of the pack CORSI-wise which when you look at the good seems decent enough. However, he wasn't getting started in the defensive zone with much frequency. In fact, he had the highest percentage of offensive zone starts among the forwards which makes his team worst +/-ON/60 worrying.

The hit by Volchenkov was not necessarily ugly, it happens, but the reaction after he returned from his concussion was plenty ugly. He was timid, tentative, and hundreds of other synonyms that mean that he played scared.

Where does Viktor Stalberg's future lie? Has he shown you enough to think that he is a possible fit in the Leafs' top six or will his speed be the skill that keeps him in the NHL as a checking forward?