Welcome back. Apologies for the wait, but I was playing NHL '12, saw my Be-A-Pro character drafted and I think something caught up with me because I found myself wailing 'RASK. WHY RASK' and hitting the wall impotently. 2005 was a stinker of grave proportions, it’s true, so I’m pleased to see nobody has in fact torn their eyes from their heads while gnashing their teeth in righteous fury, decrying a God that deserted us in favourite of our brethren from the benighted city of Detroit for the past three years. If I’m wrong and you have, I apologise. Would the person reading this article to the newly-blinded one apologise on my behalf? Thank you.

When a player is generally better known among the community of fans for taking pictures of himself in the altogether and those pictures getting out than he is for his prowess at the sport he plays, it’s not really a good sign. Ranked as the third best European skater before the draft behind Nicklas Backstrom (drafted #4 by the Caps) and Michael Frolik (#10, by Florida), Tlusty has significantly more games under his belt as a Maple Leaf than I realized – 74, including 58 in 2007 and 2008 – and was a point-per-game player with the Marlies in 2008, but hasn’t realized much of the potential he was supposed to have coming out of the Czech leagues. His role with Carolina has him as a third if not fourth liner, depending on how well Zac Dalpe deals with the NHL, and also helps fulfil the Hurricanes’ quota of having minimum five former Leafs on their roster at any one time.

Verdict: You cannot argue he’s not a bust. #13 is sufficiently high enough a pick that the player you get should be a contributor for a solid number of years, and Tlusty has done none of what was expected of him. That we went with him over Mike Grabner saddens me, although Grabner does appear to have been a case of the Canucks going off the board, and admittedly there's some bias because Grabner exploded last year. 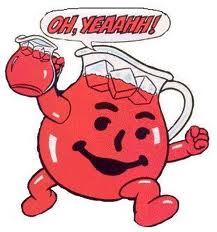 Well, hey, I’m pretty sure we all know who this guy is. Eighth in goals scored among the draft class – of those above him, only Milan Lucic was drafted later – and tenth in points, it’s quite possible he is the best player drafted outside the first round in the entire draft class. You might suggest Lucic is better, but you’d be wrong. I could list the many reasons why, but it should be self-evident - Lucic is the enemy. He is Ivan Drago. He is Hans Gruber. He's that douchebag off Sesame Street. You know the one. That yellow asshole. Who the fuck does he think he is?

Still On The Board: Big Bird (50) but, again, fuck that guy. Removing my anti-Boston bias, I would genuinely take Kulemin over Lucic, but it's a nice bonus that I can flaunt my hate-on for New England in doing so. Fuck the Bruins. And the Pats.

Verdict: The fact I can suggest he was the best player not a first-round pick makes this a massive win, the best we’ve had for a while. What a man. 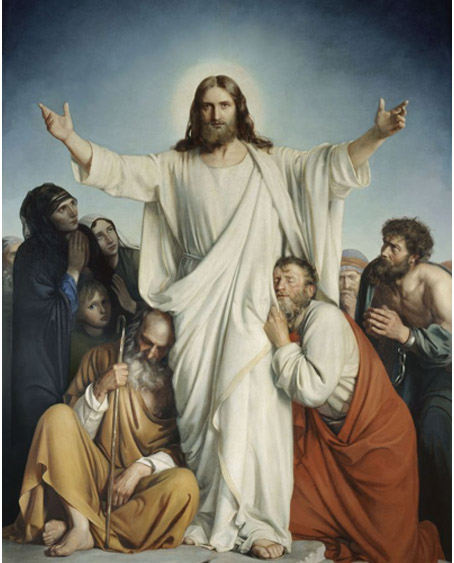 I'm sure it's against league regulations to draft giant transforming robots, but if so, for the love of God keep it quiet don't fuck this up! He's bounced around a bit and taking one hell of a circuitous route - three years with Red Deer, most of one in the ECHL, a year and a half in the AHL before leaping up to the big leagues and dropping a fat load of fuck you on the rest of the NHL last year. Long may it continue.

Still On The Board: Very little of note, really. Rhett Rakhshani (100) is the most notable, and he’s only in his second professional season.

Verdict: VICTORY. What a fantastic hunk of a man. 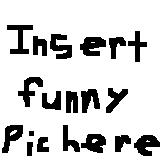 Like Reimer, Holzer's done a fair bit of due-paying to get to the level he's at - he was drafted out of the 2nd Bundesliga, Germany's second-tier league, and only made the jump to the American leagues in 2010 after three years playing with DEG Metro Stars. Very much a defensive defenseman, last year was the typical 'getting used to American ice' season more or less every player coming from Europe has to suffer through but he's done well enough to still be considered one of our better defensive prospects.

Still On The Board: Matt Beleskey (112) has appeared in more NHL games with the Ducks, but it’s very much debatable whether he’s a better player. It’s not like either team did badly out of it, though.

Verdict: A solid pick, no? He might be too far down the depth chart to make the team permanently, but whether he goes elsewhere or sticks around as an injury callup, we've done alright. Teutonic efficiency! 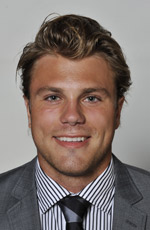 After being significantly better than a point-per-game player with Frolunda as a junior, Stalberg toddled over the pond to enrol at the University of Vermont, where he picked up awards for fun - three-time Hockey East All-Academic, a Division 1 All-American in 2008 and the fourth player from Vermont to be a Hobey Baker finalist, the university's first since Martin St. Louis in 1997. Signed coming out of his junior year, he made his professional debut with the Marlies in the 08/09 playoffs, made the jump to the Leafs midway through the following year and was traded not long after, sent to Chicago as part of the Kris Versteeg deal. Unfortunately, despite a respectable year playing limited minutes, Stalberg's spot on the roster is now dependant on nobody else distinguishing themselves while he's on injured reserve. Am I alone in wanting him back?

Still On The Board: There were only a few picks between him and the next Leafs pick, but Stalberg is almost certainly the best player taken in the sixth or most of the lower rounds period.

Verdict: Win. As I said, not a lot else was up for grabs and we got about half of Kris Versteeg out of him. 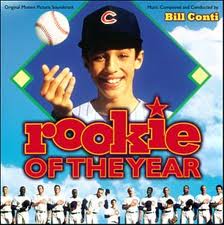 I have never been able to spell this bastard's name right first time twice in a row. He grows a decent beard, but he's no longer in the organisation; he played last year split between the ECHL - the Utah Grizzlies and the Alaska Aces - and the Abbotsford Heat, so he's possibly with the Flames.

Still On The Board: Mathieu Perreault (177)

Verdict: Well, bust. He's with Calgary now, that stink takes an age to wash off.

Although I appear to have been erroneously informed he was Estonian, according to most sources Komarov is a small, speedy forward who deserves the moniker of 'shit-disturber' better than damn near anybody we've got on our roster at the moment. The impression I get is that he'd get on magnificently with Sean Avery if they could overcome the language barrier.

Still On The Board: You could argue Derek Dorsett (189) and maybe Erik Condra (211) qualify as better choices, but there wasn’t much skill around period.

Verdict: Push. He's not a shabby player, but it seems like he's destined to stay in the KHL. Shame. It sounds very much like he's a European Darcy Tucker. Or Brad Ross. Depends entirely how sane he is on any given day.

Career Players: One so far, but there's a good chance any or all of Tlusty, Reimer and Stalberg will hit the two hundred game mark and Holzer is rather a capable player himself.

Verdict: Overall, I think this is the best draft I've covered so far. Kulemin is one of the best picks we've made in the last decade, three others have cracked the NHL and look like good bets to stick around, Holzer may do the same in future and if Komarov ever comes to North America, he could also follow suit. Four NHLers out of seven and six competent players makes for a hell of a batting average. In terms of games played and discounting goalies, the only team to have done better than Toronto (506 games over six players) is Boston (762 over six). And one of Boston's picks was that one guy, I forget his name, kinda goofy, scored the most goals out of anybody picked that year, oh yeah PHIL MOTHERFUCKING KESSEL MOTHERFUCKERS WOO. 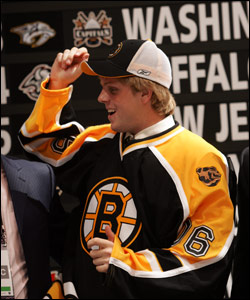