Never Make a Bet on The Monster

Share All sharing options for: Never Make a Bet on The Monster 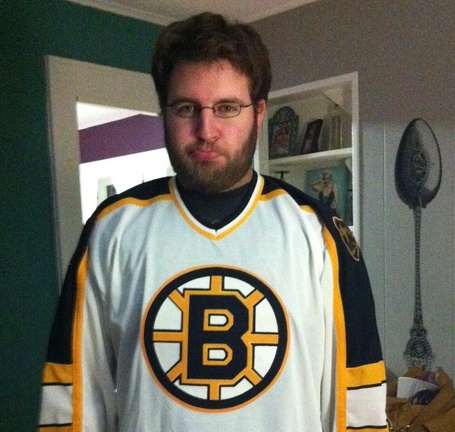 Links after the jump. (Man I really need a haircut.)

I Learned Nothing From Last Year's 4-0-1 Start

Mislav with his take on last night's performance.

A Quick Look at some Early Season Struggles

Hope in the Big Smoke on the less than stellar early play of many Leafs.

Toronto Mike weighs in on the impending name change.

Check out the name of the #3 place team in the Barry Melrose Fantasy League.

Chris Peters looks at Bob Nicholson's proposal. A must read.

Fisticuffs and Handcuffs: Legends from the WHA

NHL History Girl with some quick and crazy stories.