Share All sharing options for: HACKEY NIGHT IN TORONTO 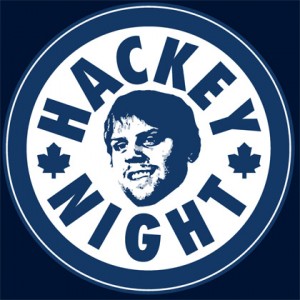 THE DAY IS FINALLY HERE.

TORONTO MAPLE LEAFS HOCKEY IS BACK.

READ ON FOR THE MOST SERIOUSTEST HOCKEY LINKS.

As the season kicks off "heat" is not really heat in Leafland
The thing is, the heat's always on in this house. From Michael Langlois at VLM.

Ten Thoughts on the Eve of the Regular Season
Jon S has a few notes to share with everyone at Puckin' Eh.

Here We Go Again
Jeffler gears up for the regular season at LeafsHQ. C'mon Jeff, be more excited.

What to Expect in 2011-12: Dave Steckel
Any way you slice it, Steckel is a clear upgrade over our previous fourth line center-to-be Philippe Dupuis. At least, according to Joe Cino at MLHS, who runs through a number of advanced stats.

The Skinny on Steckel
David Johnson at Hockey Analysis has his say on what Steckel will be able to do for the Leafs this season.

Toronto Maple Leafs Season Preview Part 2: The tale of two extremes
Raihan Hussain comes to the same conclusion that many of us have been discussing for months: hope for a playoff berth this season rests on Reimer's shoulders.

2011-12 NHL Season Preview: THW Conference Picks
Each of the gang over at The Hocker Writers weighs in, and the group thinks that Leafs will finish 11th in the East next season.

Maple Leafs aim to replicate Habs success
Chris Johnston fails to explain how this is the case, beyond the fact that Montreal is a "team built on depth". From the Globe.

2011-12 CHL Draft Tracker, October Edition
SumOil at The Copper & Blue is already keeping tabs on who the Oilers may pick first overall in 2012. (Half kidding.)

Wherein I save Edmonton $250MM
Yeah, I guess we subsidize our teams here in Canada. I'm cool with that. From Tyler Dellow.

18-Year-Olds, Defensemen, Value & The CBA
This is the Copper & Blue's version of the FTB, but it's got a number of good links in there. Compiled by Derek Zona.

Regular Season Prediction - The Middle Third
Regular season prediction for which teams will finish 11th to 20th in the NHL. Conspicuous absence: The Toronto Maple Leafs. Apparently, Scott Reynolds thinks that the Leafs are doomed to finish lower than 20th in the league this season.

Devils sign Sykora to one-year deal, name Parise captain
Yes, this is why we had to take Steckel off Lamoriello's hands. Now, I'm willing to bet that most of you would be wiling to Lou a solid and take Parise off New Jersey's hands. From the AP at the Globe.

Fans more wary of fighting, but still crave carnage
"I suppose the crowd is complicit in a way because we pay for tickets and stand up and applaud during fights," Montreal Canadiens fan Jean-Marc Nolet said before a preseason game at the Molson Centre. "Except that people always cheer way louder for goals." From Allan Maki, Beverly Smith, and James Christie at the Globe.

Crosby feels good after practice with teammates
The Penguins captain still doesn’t know when he’ll be able to play in a game, but the title speaks for itself. From the AP at the Globe.

Former Sabres star Rick Martin had brain disease
French Connection member had trauma-related illness linked to dementia, erratic behaviour. So it's not just the fighters... from James Christie at the Globe.

Revisiting a few projections from last year...
Hawerchuk reminds folks of a few predictions that were bang on, and a few that were way off.