You know, life is full of delicious little mysteries: How does the mind work? What is the nature of love? How does Pierre McGuire keep finding a job? Well it doesn’t take a strict Jungian like me to figure out that another is certainly not knowing how and when we will die. Last night in St. Louis, we found one exception to that poser embodied in Jonas Gustavsson.

Gustavsson, a goggle-eyed bean pole whose major claim to fame is that he took the Leafs net away from Vesa Toskala, was witness to his own demise last night at the hands of tousle-haired youngster Ben Scrivens who fired 37 nails into Gustavsson’s Leaf coffin. With every save against a surging Blues team, Scrivens forced Jonas to smell the glove of redundancy every goaltender fears. From possible #1 to solid #2, and now a disgruntled #3, Jonas's career is as dead as Howard Berger's.

It's sad, but true nonetheless. The dream of Gustavsson being the Leafs goalie of the future is done, once and for all. It started with last years’ coming-out-of-nowhere play of James Reimer. Now it’s another Ricoh reject, Ben Scrivens. It is a shame too, because Gustavsson deserves a fate better than this. Showing early flashes of brilliance, he was one of the first of "the new Leafs" who gave us all hope that there would be life in the rebuilding post-Sundin era. During this time we all pinned too many of our dreams on Gustavsson, and who could blame us? Other members of that periods Leaf club included such amazingly no-win players as Ryan "Check From Behind" Hollweg and Jiri "Have a Look at My Cock" Tlusty.

MLSE sold Gustavsson to us perfectly. We were told stories of how he wanted to come to Toronto. Courted by many, "the best player not in the NHL" chose the Leafs, guaranteeing the pulled heartstrings of millions. A beacon in the darkness that was the Toskala reign of terror, after Jonas stepped in, we all waxed rhapsodically about him winning the Calder... and then winning the Vezina... and then *gulp*, who knows? Right about now we'd all be thrilled if he won best Christopher Walken impression on the Leafs bus.

A brilliant save followed by two meltdown goals against does not a starting goalie make, and the players in front of Gustavsson now play like it. Unfortunately that is the no-mans-land where Gustavsson now lies. His team can't entirely trust him; they have to think about what to do instead of just doing it, and they play cautious, limp hockey. This is not the brand that will keep the Leafs at the top of the East for very much longer.

As is his due, let Jonas have the final word. JoJo, take us out, to the tune of "My Way" won't you? 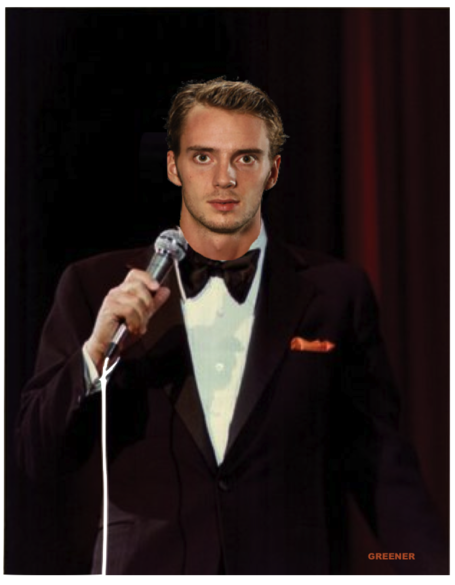 My friend I'll say it clear
I gave my job, to young Ben Scrivens…etc.