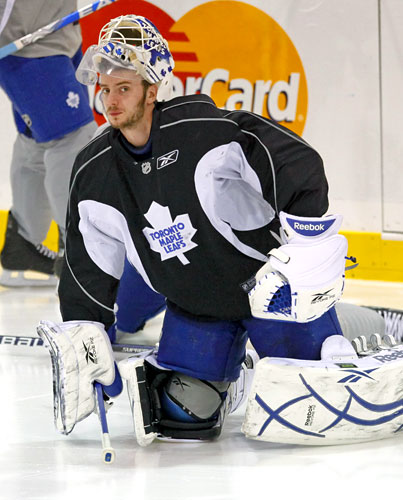 If any of you remember, I did a series of fanposts around the Toronto Maple Leafs last year, all revolving around Win Threshold, in an attempt to project how the Leafs would fair in the 2011/2012 season.


Now this method isn't foolproof, but historically it's shown who are the good teams and who are the bad teams. For those who don't remember, Win Threshold caculates the likelihood of a team reaching the .550Pts% mark or essentially the mark needed to make the playoffs. For a review in Win Threshold, view my post which explains it all.

Follow the Jump for a look at how the Leafs, and the rest of the NHL are doing so far:.

This number will be a percentage, more specifically, the save percentage your team requires in order to win .550% of games. This is thus a good indication of which teams will make the playoffs and which won't. The unknown factor involved, however, are the goaltenders, which can bring a team with a high win threshold into the playoffs, as long as they exceed it.

Here's what we have in the NHL so far:

The table above is explained as follows: The Rank Column refers to the team's current rank in the NHL based on Points % (rather than wins or points). Dallas is currently in 1st, the Leafs are in 5th. The rest of the stats are pretty straight forward, until Win Threshold. Win Threshold is calculated as explained above. The Team S% is the Team's Save Percentage, put out by all shots on goal and all goals against so far this season. The delta (Triangle) refers to the change between the win Threshold and Team Save Percentage.

In the case of this table, the larger the Delta number, the better the team will perform. These numbers are indicators of how each team has performed relative to their win threshold. The Win Threshold rank suggests how the team has been performing. The Delta rank indicates how the team including their goalies have been performing. It does not necessarilly mean the goalies have been stellar, but if the goalies were required to save 87.1% of the shots like in Washington's case, but have actually saved 91% of the shots, they will have a delta spread of 3.9%, which is large. On the other hand, a team like Anaheim has been requiring a 93.8S%, but has only managed to stop 91% of the shots, leading them to the 29th best (2nd worst) delta.

So according to the table, the leafs have been playing with the 4th best Win Threshold in the league, but only have a S% of 0.892 (only better than Ottawa and Columbus). Thus their Delta has fallen to the 20th best in the league. Since it is negative, we can expect less than .550 hockey as long as we continue to play with this goaltending. If, however, we continue our team play, and receive even .900 goaltending, we will play at .550 hockey.

Hope the graph is revealing, ask any questions in the comments.