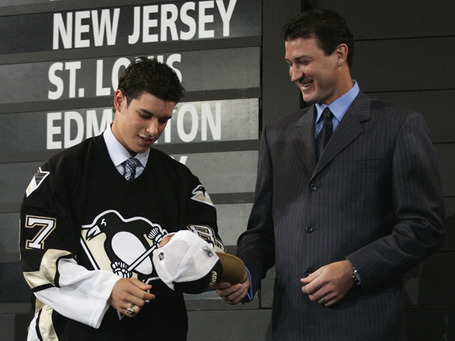 With Turris trade rumours flying and the ever present discussions of trading lottery picks, I recently found myself in a discussion about whether "1st rounders are overrated." I made a comment to the effect that top 5 picks probably aren't overrated, but later 1st rounders probably are. However, after making that comment I realized that I have never seen an analysis of top 5 picks by anything besides games played. I thought this could be a useful exercise, so have attempted to do so here. If this sounds interesting, please read on.

To analyze this I looked at the top 5 picks from 1996-2005, a ten year period that ends long enough ago that we should be able to see the quality of these players. I then used a pretty subjective analysis of the specific players using the following guidelines (if you disagree with any of my rankings, please outline why in the comments).

(Note: you can click on all the images to zoom in)

Here is what I came up with: 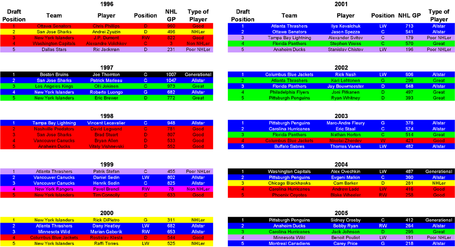 Before I further analyze the data a couple players I had trouble ranking (or who you may disagree with):

I then looked at how many players of each rankingwere drafted at each position and overall: 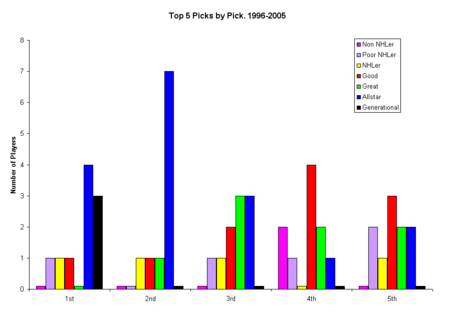 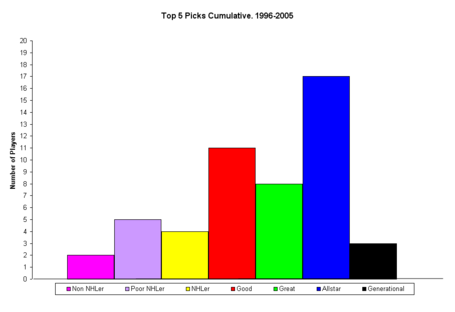 A couple things I notice:

What do you think?