Sorry To Keep You All Waiting

Share All sharing options for: Sorry To Keep You All Waiting 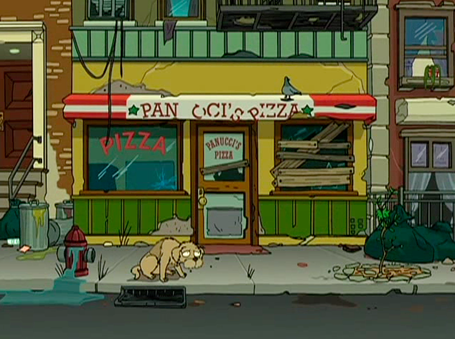 I'm not sure which one of us was slated to do today's FTB, but Chemmy's motto here is usually "blame PPP!" Honestly though, we're only one day away from Christmas, and who could stay mad at this face? In any case, I can't leave my fellow Leafs fans with no place to go on the internet, so I've got your daily linkage covered.

Hope you're all spending the day with family and/or friends. Cheers everybody.

Bozak takes another step in his maturation as Leafs win on the Island
Michael Langlois likes what he sees.

Ron Wilson hints about contract extension
The Toronto Maple Leafs head coach, who is in the last year of his contract, posted the following on Twitter: "This Xmas could be better if Santa stuffs a certain piece of paper in my stocking. #whatcouldthatbe" Story from David Shoalts at the Globe.

NHL: Leafs show grit in win over Islanders
"Our team is a little bit naïve. They think they’re going to win every game. We let it slip and then found a way to get it back." Hm. Interesting quote from Wilson. Another story from David Shoalts of the Globe.

Numeric Non-Factor
Kadri's sticking with the number 43. From Jeffler at Leafs HQ.

More To Come On The Blue Line
Jeffler is pleased by the number of young defencemen still coming down the pipeline. Marlies HQ.

Power Play - Shot Generation And Talent
From Derek Zona at the Copper and Blue.

The Assault and Battery Charges Against Mike Milbury Have Been Dropped
Honestly, the situation sounded a little ridiculous to me, so this is probably a good thing - even if I'm not a Milbury fan. From Justin Bourne at Backhand Shelf.

Milbury to Return to CBC on New Year’s Eve
>:( From Steve Lepore at Puck The Media.

Top 10 Players at the World Jr's
Not as many Canadians in this list as you might normally expect. By Lawrence Dushenski at Puck Drunk Love.

Sweden defeats Canada in exhibition play
>:( From Shane Jones at The Globe via the CP.

Time has done wonders for Ken Hitchcock
"I think as you get older, you learn to appreciate other things in the business," said Hitchcock. "After a while, you learn that you don’t coach hockey -- you coach people who play hockey." Neat interview by Pierre Lebrun.

More Montreal: "Look at us now!"
Let's all point and laugh. From Cam Charron at Backhand Shelf.