So Ron Wilson Got Extended: Let's Talk About Timing

Share All sharing options for: So Ron Wilson Got Extended: Let's Talk About Timing 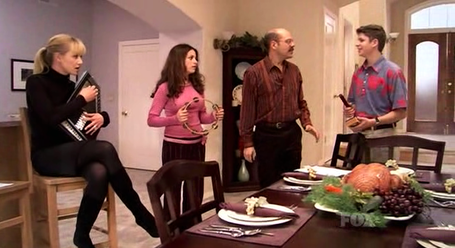 But I'm always on time.

OK, so by now, it's definitely old news that our dear friend, Ron Wilson, the head coach of our beloved Toronto Maple Leafs, has had his contract extended by another year. Most of you, even though you've been busy with holiday celebrations, have probably taken a few minutes to sign on to Twitter and collectively say "What!?".

It's not that none of us ever expected Wilson to have his contract extended, it's just that the timing seems somewhat odd. Weren't we all in agreement that Ron Wilson was only going to be extended if he dragged this team to the post-season? Wasn't Brian Burke going to wait until it was a sure bet that this team was going to play hockey past April 7th?

I guess this means that Burke has a lot of faith in this team's ability to reach the playoffs. Let's hope that he hasn't jinxed anything. In any event, as Chemmy pointed out on Twitter yesterday, it's not as though MLSE can't fire their coach early anyway.

Michael Langlois of Vintage Leaf Memories has a pretty good list of pros and cons for your perusal. I can't help but notice the fact that his 'cons' list is much longer than his 'pros' list. It's time to skate off the holiday turkey and get back into game shape for hockey discussion. After all, the Leafs do have a game today.

Marlies Excite Yet Disappoint At The ACC
Jeffler has a few thoughts to share at MarliesHQ.

Fenwick Timelines for every NHL Game, 2007-08 to present...
Boneriffic. From Hawerchuk at AIH via Behind the Net.

Video: Cam Ward has more goals than Scott Gomez this season
Point and laugh. From Wyshynski at PD.

Puck Daddy’s Top 10 Jersey Fouls for 2011
I'm not a jersey snob by any means, but some of these are pretty funny. From Wyshynski.

30 Teams: Players To Watch For In The World Juniors
Most of Toronto's prospects are over the age of 20, so they don't have anyone in the tourney. From Dirty Dangle.