Share All sharing options for: Defending the Versteeg Deal

For the first time since before the fall of freaking Communism the Leafs have acquired a first round pick. And it seems like almost everyone around here hates the deal. Well, I think the Kris Versteeg trade was a pretty decent move for the Leafs. Grab your pitchforks and torches and join me after the jump! 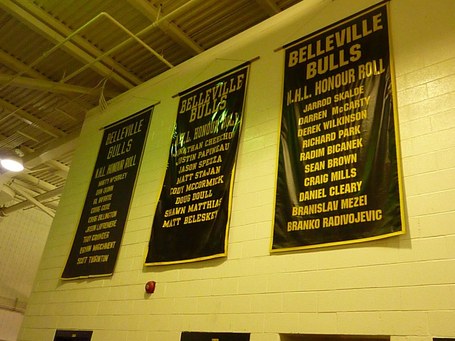 Let's say you and your family are pretty poor. Lots of kids, a broken down house, trouble making ends meet. But you do have a pretty sweet little sailboat down at the harbour. Now, when you got the sailboat, you thought things were turning around for you, and you'd soon be moving to better quarters. The sailboat would even develop into a business, bring in some cash doing fishing charters or dive tours. But things haven't panned out, and the sailboat, while it is pretty sweet, is not helping you put Sloppy Joes on the table or patch up the roof. And it's costing you a fair chunk of change, too.

So the richest family on your side of town comes calling about your sailboat, thinking it'll be the perfect addition for the party they're hoping to have in June. You like the sailboat. It's a pretty cool toy. But the fact is, it's not that helpful for where you're at right now. It's more valuable to the rich folks than it is to you. And so you decide to save some money and pick up some investments that might pay off big in the future.

To me, that is Kris Versteeg's tenure with the Leafs in one extremely long and tortured metaphor. When Versteeg was acquired, we hoped he would blossom with more responsibility and ice time into a top-3 forward. After all, if he produced like that on Chicago's third line, what would he do with a major role for us? Well, it became apparent that despite some increased ice time, especially on the PP, he did not become that forward. Sure, he gets a lot of time on the PP and PK. But our PK and PP are terrible.

Is he a good player? Absolutely. But he's a valuable complementary forward, not someone who can carry the mail night after night as a key player on a winning team. Could he get better? Of course, any 24 year old player can get better. But Versteeg's age and experience level is often when top NHL players take that step forward. Versteeg hasn't, and there's a very real chance that he'll never be much better than he is right now. The Flyers don't need him to be better - they have Mike Richards, Claude Giroux, et al.  What the Leafs need is to find their own Richards or Giroux. By freeing up 3 million in cap space and adding first and third round picks, the Versteeg trade can help the team do that.