Share All sharing options for: Nick Kypreos Hates "Those Fuckers at TSN" 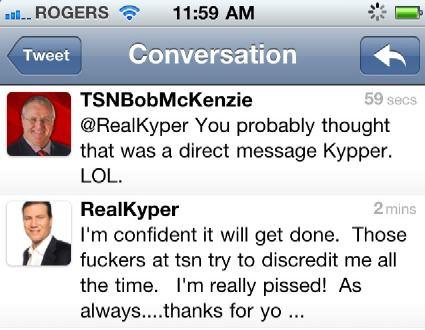 Ah professionalism! It looks like the stress of getting the upper hand on deadline day by talking to secretaries and neighbours is really getting to Nick Kypreos. After he tweeted that a trade to send Bryan McCabe to the New York Rangers was close Darren Dreger tweeted that his Panthers sources said that no deal was close. That apparently angered Kyper. He deleted the offending tweet pretty quickly but not quickly enough for the internet. Remember Kyper, DMs are private, public messages are for embarrassing yourself.

Thanks to everyone that sent in a screencap but especially to @ASblendorio71 who was the quickest.

More reaction after the jump.

First, Darren Dreger gets the boot in:

And then Luca Caputi strikes: 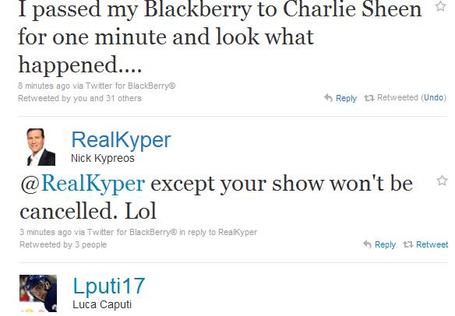