The Maple Leafs At The All-Star Game

Share All sharing options for: The Maple Leafs At The All-Star Game

The Toronto Maple Leafs' three representatives had a pretty good weekend. Phil Kessel and Joffrey Lupul teamed up for a beauty two-on-one and Dion Phaneuf reined in his natural desire to hit people skating with their heads down. SBN's Peter Raaymakers - he of the extraneous 'a' and editor of Silver Seven Sens - was on the scene and captured some audio from the players. He did yeoman's work covering the entire weekend so check it out if you're so inclined.

Listen to a little bit of Kessel, Lupul and Phaneuf after the jump or read some rough transcripts. 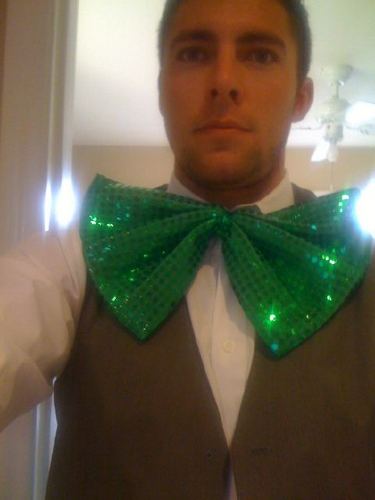 Lupul was asked about how odd it was that two guys on the same line were going to be wearing 19 (I agree, it's weird during a game) and he said he didn't notice that linemate Tyler Seguin also wore 19 (presumably as a tribute) but he could see how it would get confusing because they both shoot right-handed, are similar in size, and are both in the top 10 in the NHL scoring.

When asked about the Senators' fans disgraceful antics (Michael Farber's words not mine) on the weekend Lupul responded that he had a lot of fun. The weekend is for the fans so if they want to come and show some energy and passion and boo the Leafs that's cool because fuck those guys anyway. For him it made the game a bit more memorable to know that Senators fans boo Leafs indiscriminately because they in no way have a chip on their shoulder.

Peter mentioned that he was kind of playing it up and Lupul agreed. He figured that if you can make it more fun for the crowd then why not. At the end of the day, they still live in Ottawa and he gets to leave.

One thing that was pretty clear all weekend was how much first time All-Stars enjoyed the weekend. Guys like Lupul and Scott "Suck it Phaneuf" Hartnell revelled in the events. If guys like Ovie want to skip the game for guys like Lupul and Hartnell then that's fine by me. 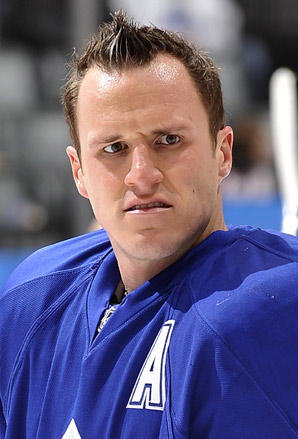 What you ask Dion?
Phaneuf Audio

Dion was really complimentary when asked about Logan Couture getting picked last. Talked about how he is a good young player and he'll probably just spend the next year taking a bloody revenge on the rest of the NHL. Or at least he assumes that's what'll happen based on his experience.

As for the booing, he was pretty sure he'd get booed all weekend no matter which team picked him mostly because Senators fans were probably not too impressed with how he re-arranged Stephane Da Costa's anatomy earlier in the year and because of Maple Leafs Derangement Syndrome.

Peter also offered a classic anecdote about how weird media days can get:

I should also note that perhaps the funniest event of Media Day involved Phaneuf, when some reporter (I think she was with CBC, but it was definitely Canadian TV) had this exchange with him (paraphrased):

Reporter: Dion, you've played in a few Canadian cities and been in a lot of cities throughout the country, but which city do you think has the sexiest ladies?

Phaneuf: (exasperatedly sighing) Wow... umm... I don't even know how to answer that... we were just talking about hockey, and then you come in and ask a question like that... I don't think I have an answer.

And that was it. She walked away. It was hilarious.

I love that our beloved cliche machine was caught so off-guard. "Like I said, it's whatever city Elisha is in <3<3<3." 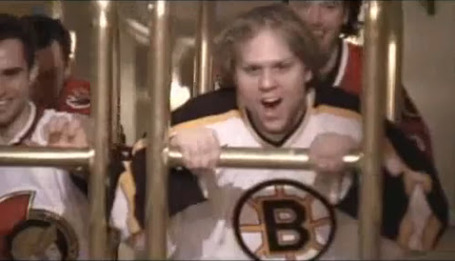 The picture at the top of the article captures Kessel's incredible level of discomfort around the media. "Worst interview ever" is how Peter described it but to be fair Kessel could probably smell the Ottawa on him. Basically, nothing changed his enjoyment of the All-Star weekend. The booing didn't bother him, Lupul's antics during the draft didn't affect him, he just wanted to take the weekend one day at a time and give it 110%.

When he was asked about the crowd's reaction to Daniel Alfredsson Kessel mentioned that there was clearly a special love between them. The crowd support for a great player and great guy was well deserved although he said that last part in a completely sarcastic manner.

Note: I may have taken some artistic license with some of the comments but you'll have to listen to the audio to figure out which parts.