My Leafs Story: Sometimes he yells at the Leafs for being bad

Share All sharing options for: My Leafs Story: Sometimes he yells at the Leafs for being bad

A few weeks ago, Chemmy sent around an email with the subject line Narratives. Before I opened it, I presumed it would be a funny story about one more sports writer filing platitudes about heart, grit and other various intangibles.

Chemmy's email was a request for a few of us to submit our favourite Leafs memory. A piece that would help us all take a step back from the ups and downs of the Leafs' season and remember how or why we became Leafs fans in the first place.

I can't remember a time when I wasn't a Leafs fan. I recall wearing Leafs gear to kindergarten, which would have been around 1975 or 76. I remember my first Leafs game against the Sabres in 1977. I was barely six years old and already I was a die hard.

Both of my kids are now older than I was that long ago day in '77 and neither one of them pays any attention to the Leafs. They are so disinterested in hockey, I couldn't even call them casual fans. The boy loves soccer, skateboarding and his bike. My daughter is all about her brownie troupe, disappearing into a book (it was Harry Potter, now it's Perseus Jackson) and learning to cook.

I thought I'd ask them to write a story about what it's like to live with a dad who's a bit Leafs obsessed. The boy said no way, but my daughter was gung-ho. After the jump, her story... 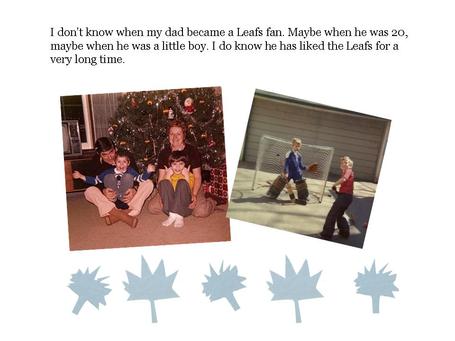 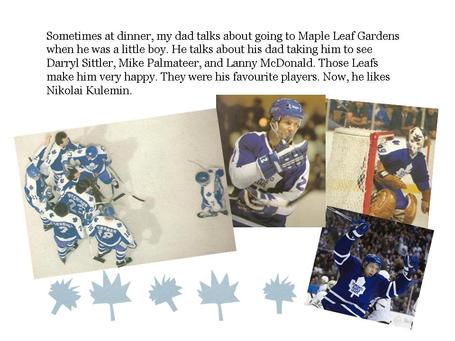 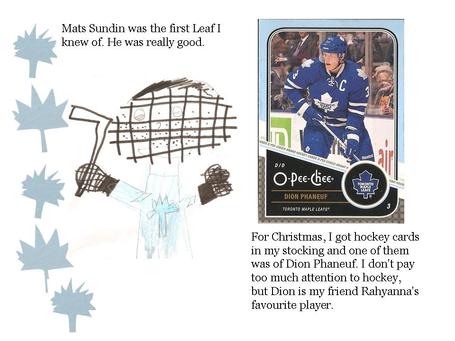 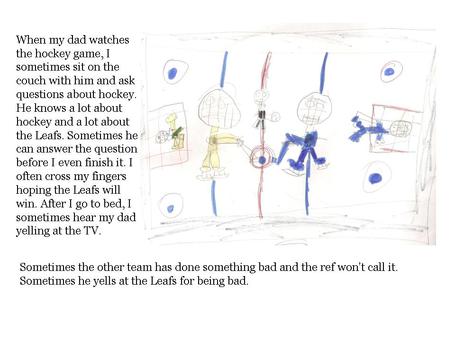 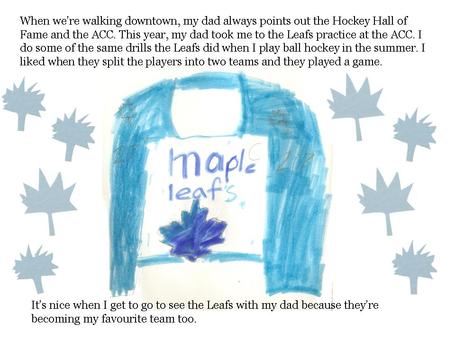