Blowout Sale! Everything Must Go!

Share All sharing options for: Blowout Sale! Everything Must Go! 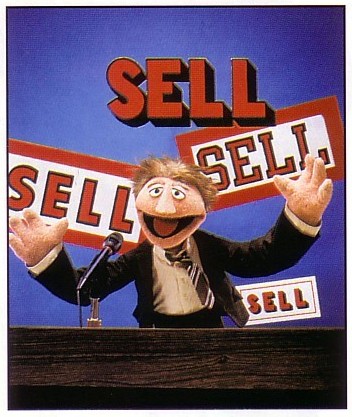 OK, obviously I'm having a bit of fun. The Leafs shouldn't trade everyone, but this seems like a good time to clear off some excess crud and open some cap space for next season. If that means Tim Connolly, Clarke MacArthur, Matthew Lombardi, Colby Armstrong, and yes, Mikhail Grabovski, then I say go for it. It's probably the end for Ron Wilson as well. The Leafs still need upgrades in net, on defense, and up front. They remain a few years away from being anything close to a contender. The current group of players is a transitional group. They're the bridge between the team JFJ iced and the contender we all hope Brian Burke will ice some day. If that's the case, then I have no problem dumping guys who may not be part of the long term plans. What do you think the Leafs should do before 3pm tomorrow?
Links after the jump...

Reimer thrown under the bus after loss

Will Burke pull a Lamoriello?

The 5 emotions of Deadline Day

New from BCP. Not sure if this doesn't also apply to the current Leafs season