Blast from the Past

Share All sharing options for: Blast from the Past 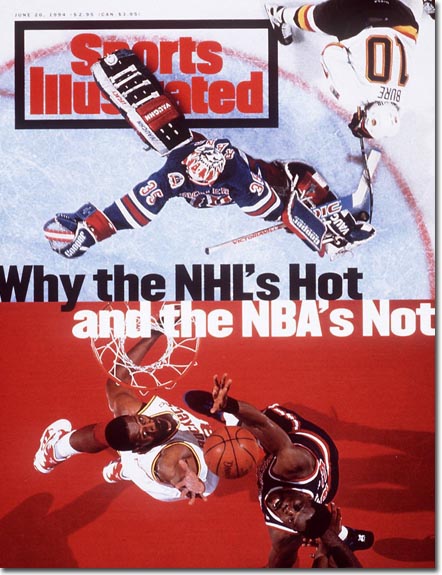 It's been eighteen years since the New York Rangers and New Jersey Devils met in the Eastern Conference Finals. That series happened to wind up as one of the most famous playoff series of all time. Will we see the same quality of hockey in 2012? Probably not. Mark Messier isn't around to utter guarantees to the local media (Daniel Alfredsson does that now) and Stephane Matteau is long retired; but you have to believe NBC is salivating over the possibility of a Cup Finals between New York (or New Jersey) and Los Angeles. A series involving the two biggest TV market in the US would probably break records for viewership and could even lead to claims like the one from a 1994 cover of Sports Illustrated. Should be fun to see how things unfold.

Links after the jump...

Brian Burke and the 8th seed

Interesting piece from MLHS on Burke, LA, and the Toronto media

What the Leafs can learn from the 2012 Stanley Cup Playoffs

A fan's guide to handling the pressure of game seven

good thing to keep around for the draft from Copper & Blue