James Reimer Is A God

Share All sharing options for: James Reimer Is A God

The Leafs executed the Homer Simpson boxing strategy to a 'T' tonight. That is, they let their opponent punch themselves into a tired stupor, and then the Leafs knocked them out in a shootout. If James Reimer doesn't stop 49 of 50 shots, this game is a gong show.

The Leafs looked cromulent in the first, and then they basically didn't bother showing up for the following two periods. 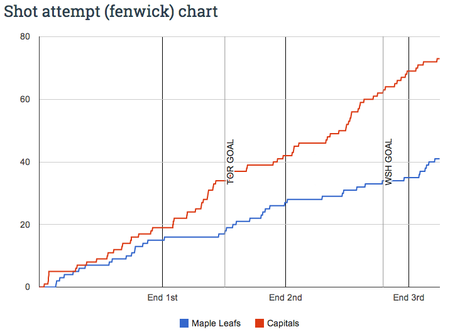 A few other game notes:

- Phil Kessel's line had a quiet night, though it wasn't bad, either.

- Peter Holland continues to look like a great pickup, especially for Jesse Blacker, who is unlikely to be a significant contributor in the NHL. Hey, I've been wrong before, but it sure looks like Dave Nonis made a great trade.

- Former Leaf Mikhail Grabovski was very quiet through two periods, but had a great third, coming back from a scary cut to his face that required 20 stitches to patch up.

- It's really all about James Reimer.

Here are the stats from Extra Skater. Here is the box score from the NHL.