The Montreal Canadiens, for reasons that are not entirely clear, decided that they wanted to physically challenge the Toronto Maple Leafs in the waning moments of their blowout loss. Maybe no one had read the lineup card...

I have been on record as outlining my objections to having both Colton Orr and Frazer McLaren dressed for the Maple Leafs at the same time. I can accept that Randy Carlyle loves having one fighter in the lineup but two seems like overkill. Even better than having 10 forwards you can run out reliably would be to have 12. Especially since most nights those two are complete non-factors due to a combination of minimal ice-time and the opposition's 'fighters' more often than not being unwilling to fight them anyway. A guy like Mark Fraser can handle the cop role if needed. Plus, it's not like they actually prevent any harm from coming to their teammates.

Having said that, when a team decides that they are going to start trying to cheap shot the Leafs (see: Prust, Brandon) or go a little too hard at James Reimer (see: repeatedly) then I can say that I am glad to have them react to the provocation. The key is obviously that they aren't doing anything dirty but I liked Randy Carlyle not only putting them out on the ice but explaining that it was a direct reaction to Prust's garbage:

Prust, we know what kind of player he is. He goes out and cheap-shots Grabovski. What are we supposed to do? Not play the rest of our players the rest of the night? They got another thing coming. That's not happening to our group.

Carlyle's been slowly changing a lot of the things that have been bothersome this year but this is his best quote. If Conn Smythe was around he'd probably have gotten arrested trying to fight Geoff Molson while ordering Carlyle to scrap Michel Therrien.

Montreal's players sure were upset: 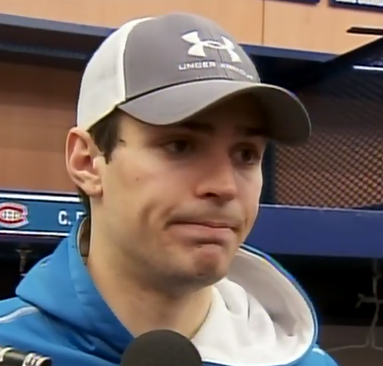 "When it gets lop-sided the jokers take over."

Geez Carey, careful calling out your teammates like that. That'll be you a first class ticket to RunOutOfTownVille real quick. 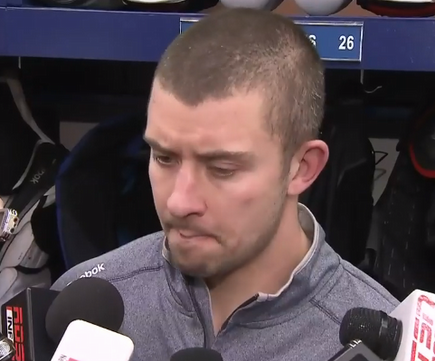 "This shouldn't be happening. Drop your gloves. Fight. Stand up for yourself."

Boy Josh, that's a great theory...in practice. Tell me, what happens when you actually decide to do that?

Bourque got one-punched by Orr, while McLaren is literally grinning and punching Gorges

Gorges should have taken a lesson from Brandon Prust about how it's a lot easier to sucker punch a guy like Grabovski than trying to fight someone that will actively laugh in your face as he's punching it. 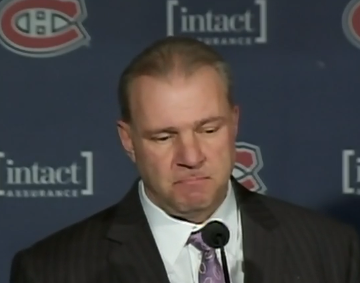 Therrien:"When you get Colton Orr putting his knee on Plekanec what are you going to say? We hope the league is going to review this."

Let's go to the videotape! You can watch it here.

Colton Orr vs. Everyone. As expected, Colton Orr wins.

After throwing Gionta to the ground and then punching Rene Bourque, I assume Colton Orr yelled "are you not entertained!"

Colton Orr vs. Everyone. As expected, Colton Orr wins.

Really brave of Colton Orr to take a run at that dangerous character Tomas Pekanec when up in a 6-0 game, though

So there's a lot there. First things first, Ken Campbell is right. Colton Orr and Frazer McLaren running wild pretty much proves the problem with having dedicated goons. They aren't usually on the ice together other than for staged fights so when they're on the ice they can basically do whatever they want. If the officials didn't stop things they could have fought all five Habs.

As for Orr running Plekanec, of course Healy got it wrong, Orr's stick didn't get pulled out of his hand. As Grapes showed, he dropped it because Plekanec two-handed him across the forearm. Doesn't take much bravery to do that and think you can hide behind your status as a non-combatant skilled player. Actually, that's basically ensconced in The Code: stick work is punished. Plus, as Carlyle said, it didn't help that you had Prust punching Grabovski in the face. This is actually how the code is allegedly supposed to work. You rough up our skilled guy, we'll rough up yours.

It sure looks like Orr was on track to knee Plekanec but kind of turns away and Plekanec jumps so thankfully nothing happened. Habs fans will say he stuck his knee out and we'll say he pulls it in but I think bottom line is that if he wanted to get Plekanec's knee he would have. Brian Gionta then puts his life in his hands when he goes at Orr with his stick raised. No idea what he was thinking but I bet his life flashed before his eyes. And I can't stop laughing at Rene Bourque trying to jump Orr from behind. Bet he's wishing he got nibbled on instead of one-punched. Here it is in GIF form:

Basically, Colton Orr could have done anything he felt like last night.

Buuuut, the Leafs went into Montreal and basicallycrushed their enemy, saw them driven before them, and heard the lamentation of their women 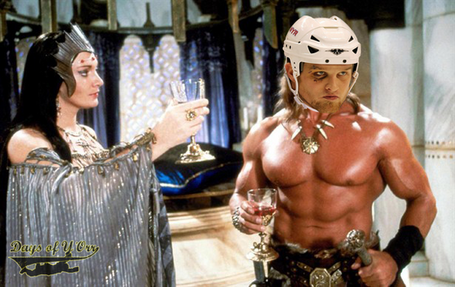 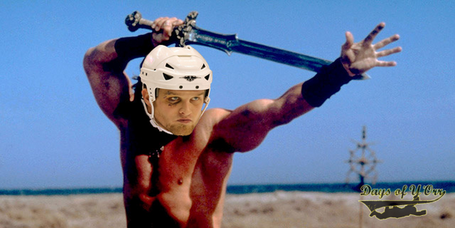 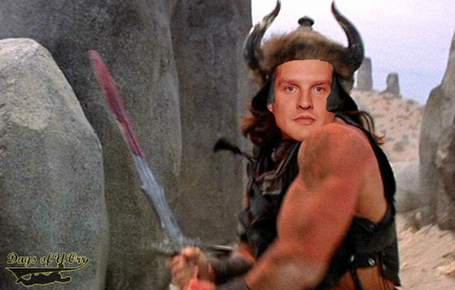 Thanks to Justin at Days Of Y'Orr

So in conclusion, last night probably ensures we'll see Orr and McLaren dressed for every game from here on out until Joffrey Lupul returns at least. That puts a hell of a burden on the other forwards against good teams but I think they're showing that against the Montreals and Washingtons of the Eastern Conference that they can cope. While I hope they focus on their play, McLaren to Orr to Holzer was more of what I'd rather see, I'm glad to see that when a team started shenanigans that the Leafs decided to end things.