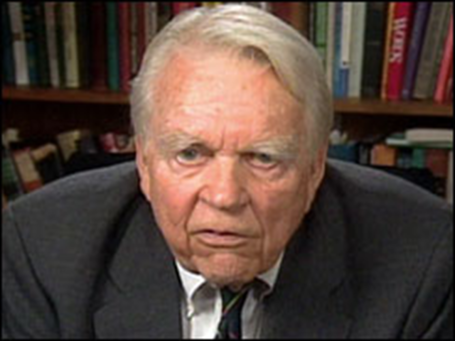 You know what I hate? I hate it when you put yourself out there, emotionally, and the other party just plain refuses to reciprocate.

You get dressed and start out to the rink. You know you’re on your way to meet your top rival. The excitement builds. You get there, you look around a bit and that’s when you spot them. About eight, maybe nine thousand, scattered most densely in the lower bowl. Your smile beams. They showed up. This is gonna be a great night.

Things start slowly, but you’re getting along. The banter is flowing back and forth. Lots of laughs. It seems like they’re into you, but then the weirdest thing. Out of nowhere, they go, "I’m not actually looking for a relationship right now. No wait, that’s not exactly true. See, it's just that I don’t want to lead you on - I kinda have a thing for this other team. You know them, actually. They work with us in the Northeast Division."

Follow me over the jump, wouldja? I just need a minute here.

Alright where the fuck’s the Jump button, I’m not kidding around. How’s a body supposed to write one of these FanBook things without a Jump button?

Pfft, whatever. Fuck you, too. No preamble for you!

Anaheim Ducks – Until last summer, I might have said Ducks fans didn’t like the Devils (having lost to them in ’03), but Brodeur probably picked up a few new SoCal fans during the 2012 finals. Ottawa wasn’t much of a challenge to them, so they probably remember that Wings’ series better. San Jose, Dallas, Edmonton are all good draws at Honda Center, I’m sure, but this one’s easily the Los Angeles Kings now that they each have a Cup.

Arizona Coyotes – It is now 139 days before Jude LaCava of KBBL Tempe, home of the classickest rock in the Valley, will correctly report that the team has changed its name. For all I know, their fans hate the Blackhawks for some reason. And maybe they don’t like some of their division rivals. No question though, they would love a chance at realignment so they can kick the Winnipeg Jets’ ample asses more often.

Boston Bruins – That series against the Canucks still elicits a lot of snark, and everybody loves ‘em some Thank You, Kes-sel chants, so there’s no point even mentioning also-rans like New York or Buffalo. Just too many hundreds of H2Hs versus the Montreal Canadiens for it to be anyone else.

Buffalo Sabres – Here’s the first example (alphabetically) of what I’m talkin’ ‘bout. Buffalo is good at kicking Boston’s ass. They enjoy kicking Boston’s ass. And it’s not as though Boston doesn’t also enjoy these matchups, but c’mon. Buffalonians ain’t french. So they sit home thinking about the Leafs or the Rangers or on especially lonely nights, even the Sens. But their heart belongs to the Boston Bruins :-(

Carolina Hurricanes – The poor Whalers had to switch divisions like the Caps did. I was always hoping they’d hook up, but the Washington Capitals just kept talking about their old flame, back up north.

Chicago Blackhawks – Put the Canucks down for another runner-up ribbon because a Detroit Red Wings matchup is probably the best American-made product.

Colorado Avalanche – Let it go. Dwelling on the Detroit Red Wings is getting you nowhere, man. They aren’t even worth it.

Dallas Stars – These guys had it even worse than the Whalers. When they moved south and changed schools, they couldn’t even find a lab partner in the odd-numbered Pacific. And it’s not like they had many dates back home, either. Im'ma say the Anaheim Ducks, for no reason.

Detroit Red Wings – Those back-to-back series against the Pens were great, remember? You younger fans woulda loved it. Old time hockey. But these days, it’s probably more about the Chicago Blackhawks. Wait, wassat? I think we have our first love connection! Detroit and Chicago, sittin’ in a tree. K-I-S-S-I-N-G.

Edmonton Oilers – Calgary Flames. BOOM! This is getting easier.

Florida Panthers – I’ve never been witness to it, but there’s gotta be some sort of cross-state rivalry, no? I mean, who else would they pick, the ThrasherJets? And that trip to the finals was so long ago, and there was no lasting ill will that I recall. Those loveable rats. Gotta be the Tampa Bay Lightning, by default almost.

Los Angeles Kings – For whatever reason, I’ve never met a Kings fan who liked the Canucks. And with the Sharks winning so many division titles, it is expected that they’d become targets. That Habs series was probably too long ago to matter to most and besides, I’m a romantic, so I’ll pick the Anaheim Ducks for the match.

Minnesota Wild – As soon as the Jets move into Minny’s neighborhood, the price of Fargo jokes should start to come down, ya. The demand, ya it just isn’t there yet. Until then, they’ll have to settle for the three-cent stamp that is the Colorado Avalanche. 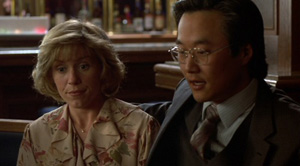 Montreal Canadiens – Uh, yeah, so, it's the Boston Bruins, but you knew that. At least for now, anyway. It's just that you guys look so good together .... who knows, maybe someday.

Nashville Predators – Think I gotta put another one down for the Detroit Red Wings. What’s up with that?

New Jersey Devils – The Patrick division is a bit of a tangled mess, but I’m not exactly going out on a limb when I say that the New York Rangers are their top rivals.

Ottawa Senators – This one’s easy. Blue and white stockings always hanging in my basement showers. More hits when I search keywords like ‘SNES’ or ‘Kanata’, than I find when searching for ‘Kostka’ or ‘Fire Komisarek into the Sun’. You know you love us. You luuuuv us, admit it. Admit it. No seriously, Toronto Maple Leafs fans, you should probably admit it.

Philadelphia Flyers – Hard not to pick the Pittsburgh Penguins, here.

Pittsburgh Penguins – Might as well match them up with the Philadelphia Flyers. I always enjoyed a good Lemieux-on-Dale Hunter series, myself.

San Jose Sharks – Does San Jose come before or after St. Louis, alphabetically? That’s almost exactly how much I know about who the Sharks hate the most. I don’t even know how to order them on this list. Maybe the Detroit Red Wings, again?

Saint Louis Blues – Because I’m in no rush. I can spell the guy’s entire name. As for rivals, let’s see. Rivals …. rivals …. oh, I know. They also hate Detroit, don’t they? Probably Chicago, too, but we’ll say Detroit Red Wings just to piss them off.

Tampa Bay Lightning – These guys probably have a few candidates, like Washington and Carolina and Miami and Calgary. Im’ma say the Winnipeg Jets because everyone seems to hate the Jets.

Toronto Maple Leafs – Like you said, Montreal will always be your true love, and you just dunk the Ottawa Senators’ pigtails in ink all the time because Sens are gross. That’s okay, I still love ya and that’s good enough for a match.

Vancouver Canucks – They talk a lot of smack about you guys for some reason. They also say bad stuff bout the Bruins. Their division is so easy that they don’t hate teams like Colorado and Edmonton as much as they probably should. I guess they like the Toronto Maple Leafs more than anyone else, but back off bitches, he’s mine.

Washington Capitals – Kinda weird how the old Patrick Division rivalry with the Pittsburgh Penguins never had a chance to fade. I think Bettman rigged the balls so their playoff schedules would keep intersecting.

Winnipeg Jets – These guys have a bottle of champagne if any of you wants to meet up with them at their hotel. Nothing weird, they’re just looking for a rival to hang with and get drunk and shit. How about you, Edmonton Oilers?