Most NCAA conferences begin their playoffs this week, and the CHL/USHL teams begin week after next.. ECAC has started already, with Brown sweeping the Clarkson Golden Knights. ECHL playoffs will begin early April (but it doesn't look like that will matter). 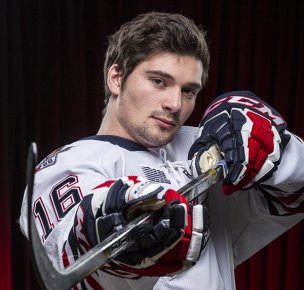 Tyler had 2 assists as the Generals rolled out to their sixth win in a row with a 5-2 victory over Kingston.

A trip to Brampton makes it seven as the Gens beat the Battalion. Biggs scored the safety goal for his only point of the game. 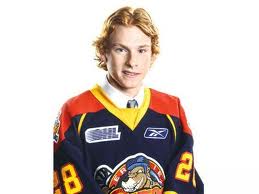 GoErie.com has a story about Connor coping with being on a shitty losing Otters team

"I live hockey," he said. "To be the captain of a losing team, and being the kind of guy that I am, it definitely takes a toll on me." 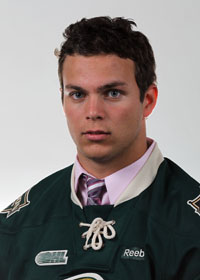 Ryan Rupert assisted on the game tying goal and scored the shootout winner to help the Knights clinch their second "Hamilton Spectator Trophy" (Presidents trophy) in a row, and sixth in the past 10 years.

Ryan had no points in the Knights 4-3 shootout loss to Sarnia. 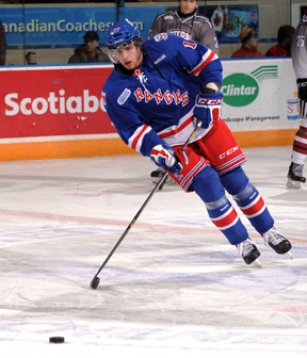 Fresh off his new contract, Leivo had no points in a strong, penalty filled rivalry game vs the Storm. Leivo got a 10 min misconduct for abuse of officials.

Leivo assited on the Rangers game tying power play goal in the third period as the Rangers lost to the Spirit in a shootout 4-3.

The Rangers gave up 4 third period goals as the Greyhounds jumped out to a 5-3 win over the Rangers. Leivo had 2 asissts and a double minor for roughing. 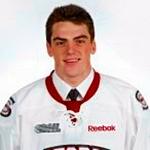 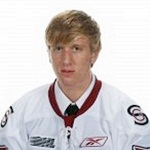 Matt Finn assisted on the Storms first goal of the game, and also had the first penalty of the game, 2min for cross checking (which, it seems, is not legal in Kitchener. The game was filled with penalties as the local rivals squared off, 20min for Kitchener and 24min for Guelph. Garrett Sparks was pulled after 42 minutes, allowing 5 goals on 32 shots, it was his 22nd straight start for the Storm.

No points and a +1 for the Captain Finn. and Sparks made 25saves on 27 shots in the Storms 6-2 win over the Greyhounds. 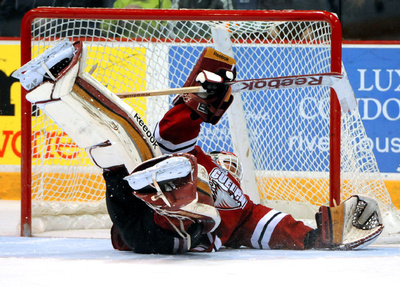 Matt Finns forgettable season ends as he took a knee-on-knee hit in the second period and left for the hospital. Sparks was pulled after 34 minutes and 4 goals on 15 shots. Finn is expected to be out 4-6 weeks with a knee sprain, so barring a run to the Memorial Cup for the Storm, Finn's season is pretty much over. 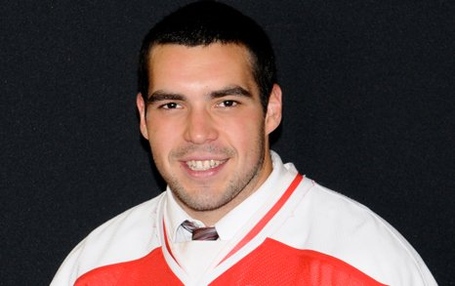 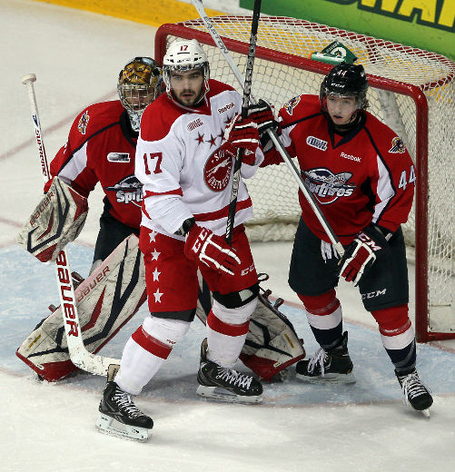 Broll helped the Greyhounds make a quick jump out of the gate by assisting the the teams second goal of the game at 3:40 of the first. However he would end up a -3 as the Spitfires came back to win the game 7-4.

Broll had the first penalty of the game, a high stick about 10 min in, and stayed off the gamesheet the rest of the night as the Greyhounds lost 6-2 to the Storm.

Disappointed with the recent play of forward David Broll, Keefe made the four-year veteran a healthy scratch Sunday. Explaining Broll's absence, the coach said the Hounds "need to get more out of David." 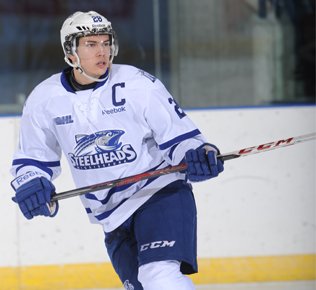 Percy assisted on the Steelheads second of the game as the goals went back and forth between Mississauga and Niagara, but the IceDogs would tie the game and a shootout commenced. Stuart Percy opend the scoring but no one else on the Steelehads came through and the IceDogs won the game 4-3.

Percy assisted on both Steelheads goals, but the Fish lost to the Battalion 3-2 in a shootout in the final regular season game in Brampton for their down the street rival.

The Steelheads lost the chance to clinch a playoff spot with a 3-1 loss to Kingston. 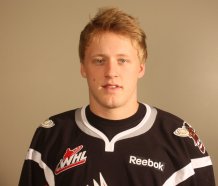 Rielly assisted on the Warriors lone goal of the game in a 2-1 loss to the Broncos.

Rielly had no points in the Warriors 4-1 loss to the Oil Kings.

Assisted on the late 3rd period goal that tied it up and sent the it to overtime, but the Lincoln Stars were victorious 6-5. 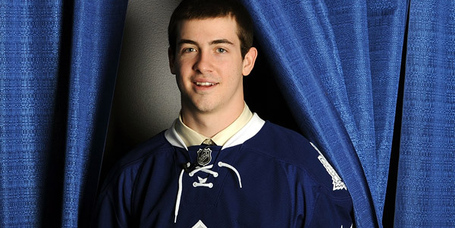 Did Not play - Brad Ross is recalled to the Toronto Marlies 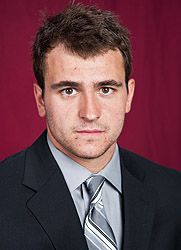 2 assists for Tony in the Bulldogs 5-4 win over the Mavericks. 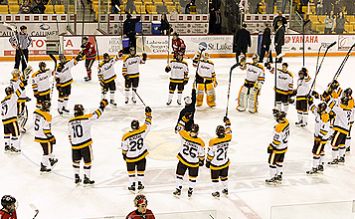 Another 2 assists for Tony as the Bulldogs ended the regular season with a bang, beating Nebraska-Omaha 6-0

UMD will open the WCHA playoffs vs Wisconson on Friday. 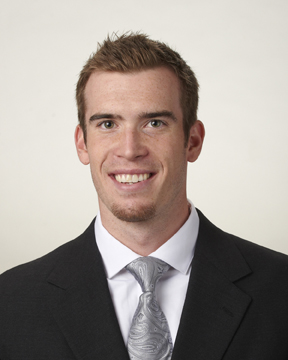 1Goal and 1 Assists for Eric in the Wild Cats 4-3 loss to Maine. 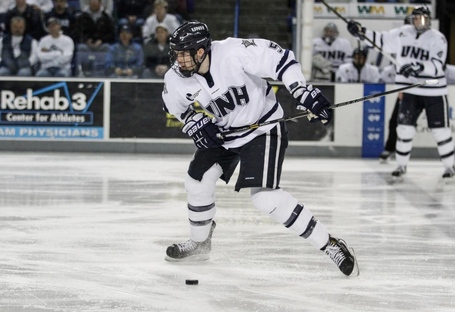 Scored the tying foal for UNH, ending the season with a 4-4 tie.

No points in the 4-3 win for the Fighting Sioux

No points as the Fighting Sioux lose their season finale 2-1 in OT.

The Bears begin the ECAC playoffs this week facing off vs the Clarkson Golden Knights in a best of 3 series. Brown has home ice for the series.

No points for Dennis but Brown shut out the Golden Knights 3-0 to take a 1-0 series lead.

Brown heads to Rensselaer for the ECAC quarter finals this weekend. 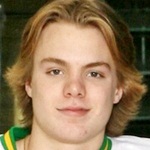 Max Everson has been removed from the official roster on the Omaha Lancers website. I can't find any more info on him, or a possible return to Harvard in the fall.