What is this guy doing now? - Bruce Bennett

Along with recaps the pictures today will be the playoff opponents and their playoff logos/mottos, if any. 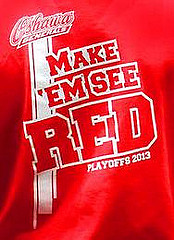 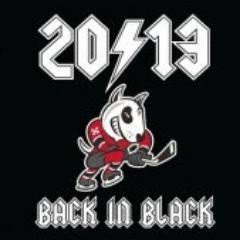 Biggs had no points, but played his role well and got IceDogs second best forward Brett Ritichie off the ice for 5 min with a fight midway through the third period. The Generals are in control of this series on the scoreboard and on the ice, getting many 2 on 1's when they are on the penalty kill. Generals took game 1 5-2

No points again for Biggs but he is making an impact on the ice, helping to throw the IceDogs off their game and causing the visitors to take unnecessary penalties. The visitors stayed i nit though and came on stronger than Friday, but the Generals still won the game 4-3. 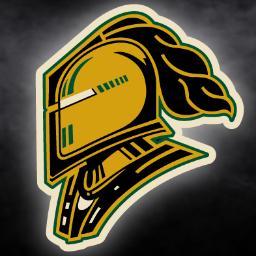 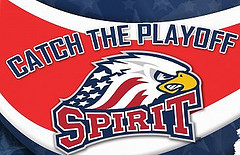 Ryan Rupert had no points in the game, and the Knights easily went on to beat the Spirit 5-2.

The Spirit came back stronger in Game 2, forcing the Knights into double overtime to win the game. Ryan Rupert assisted on Londons first goal, cutting the Spirits lead to 2-1 in the second period. The Spirit taking the Knights to double OT was a bit of a shock, most predictions had the Knights easily sweeping Sagniaw. 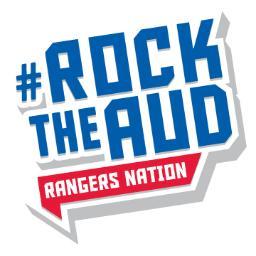 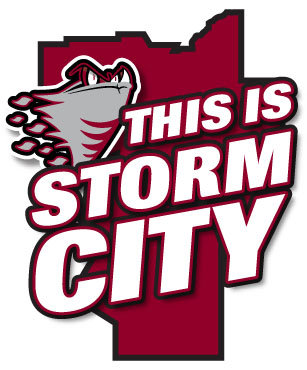 Josh Leivo assisted on every other Kitchener goal (1st, 3rd, 5th) as the Rangers went on to beat the Storm 5-2. Garret Sparks allowed all 5 goals on 29 shots and was pulled after 37 minutes.

The Rangers/Storm rivalry is now interactive for the fans, with reports of the Storm having beers tossed at them and being spit on by the crowd. Josh Leivo had no points in the game, Garret Sparks played 59 minutes into the game and made 36 saves on 38 shots.

Matt Finn is out with a knee injury, will miss the first round 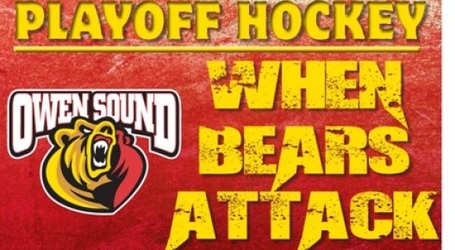 David Broll didn't put up any numbers aside from a 2 min cross checking penalty in the third, and Owen Sound won the game 4-2. Bad blood between the two teams seems like it will keep bubbling up this series. Owen Sound player Cameron Brace made a Lupul-esqe hit on the Soo's Jared McCann. McCann left the rink to stay at the hospital for observation. Brace was suspended 5 games for the hit.

The Attack are living up to their name vs the Greyhounds, with fighting and roughing being the most given penalties in this series so far. David Broll put up no points but had two fighting majors in the first 21 minutes of the game. Owen Sound won the game 2-1 in overtime. 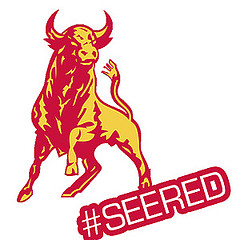 No logo for the Steelheads, but their hashtag is #DontDoubtTheTrout, which is awesome.

A bad game for the Trout, not many had this series pegged to go more than 5 games, but no one expected it to open with an 8-1 loss. Stuart Percy was a -3 with no points in the game. Both teams racked up over 30 min in penalties each, and with the OHL's 10 fight limit lifted or reset for the playoffs we saw 5 bouts in this game.

Percy was a -1 this game, an improvement over last time, but Belleville was still victorious with a 4-1 win.

Percy assisted on a late power play goal in the first period to tie the game at one apiece, and the Steelheads would go on to win the game 2-1 in the last minute of the contest.

North Dakota is out of the WCHA "Final Five" with a 4-3 overtime loss to Colorado College. Andrew MacWilliam had no points in the loss. North Dakota went 0-6 on the power play in the loss.

Robertson assisted on Browns powerplay goal in the 3rd period to make it 4-0 and the Bears headed to their first ECAC championship game since 1993.

Robertson scored Browns only goal of the game, a powerplay marker in the second period. Union would go on to win the ECAC championship 3-1. Dennis Robertson was named to the All-Tournament team for his play.

And the two below are not yet in the playoffs.

1 goal and two assists for Dominic as the Force beat the Black Hawks 5-4 in a shootout.

1 Assist for Dominic as the Force bat the Gamblers 2-1 in overtime.

No point son 5 shots for Rielly, and the AMrlies lost 3-2 in a shootout.

From here on out we say good bye to Eric Knodel (U. New Hampshire, NCAA), Tony Cameranesi (U. Minnesota-Duluth Bulldogs, NCAA), Connor Brown (Erie Otters, OHL), and Max Everson (Harvard - NCAA/Omaha - USHL/Springfield Mystery Spot) from the article may they train hard over the off season.

Personal note, I hope Oshawa & Belleville meet in the playoffs so their #SeeRed mottos get mixed up.