Get ready to gear up for the best time of the hockey year by diving deeper into the playoffs in leagues other than the NHL.

Editor's Note: I meant to post this yesterday and forgot so anything that doesn't make sense because it's a day off it all my fault and not Clark's. This should be a great series!

My friends, we have reached what is undoubtedly the best portion of the hockey season; the playoff push.

Now, while the NHL (and AHL) are still two full months away from their playoffs kicking off, with the number of games remaining in the season dwindling, every team still in the hunt will begin to play with just that little bit more urgency. Every game becomes that much more meaningful, and the intensity ratchets up a few notches as teams move closer and closer to a shot at the Cup, or a long summer of "What if?" But this is not about the NHL.

The college and junior leagues across North America, the leagues that are found all over the place, right under our noses, the places that kept us going through the lockout when we stumbled about looking for a hockey fix, are all either setting up for their playoff seasons or winding down their regular seasons. As the months go on, they will play just as meaningful and entertaining hockey, and so here at PPP we’ll follow along with these leagues to give them a little bit of much needed publicity. Why? Because it’s playoff hockey and playoff hockey is awesome.

We'll start today with the only top junior league to have begun its playoffs. It is the largest system of all those we’re about to look at, the most complex and the most frequently overlooked; the Canadian Junior Hockey Laague.

Much like the Canadian Hockey League or the NCAA, the CJHL isn’t actually a league per se, but a network of similar leagues that compete for a national championship. The CJHL comprises the Tier II Junior A leagues across Canada; Canadian junior players who go the NCAA route play in one of these leagues to maintain their eligibility. Nationwide, ten leagues and 127 teams call the CJHL home, culminating with the Royal Bank Cup, a nationally televised tournament to crown the Canadian Junior A championship.

The Royal Bank Cup format is essentially the same as that of the Memorial Cup, but with one extra step. Four teams participate in the tournament; the representatives from the West, Ontario and the East, and the host team (This year’s host team is the Summerside Capitals (PEI), who play in the Maritime Hockey League). However there is an added wrinkle that in order to represent your region, you have to win another Memorial Cup style tournament between the playoff champions of the leagues in each region, plus a host team. (I’ll explain in detail below). Basically that means to win the Royal Bank Cup, you have to win your league’s playoffs, win a tournament to represent your region, then win a tournament to win the Royal Bank Cup. Not an easy feat.

The three regions, and their corresponding cups, are as follows;

The Western Canada Cup is a five-team tournament to crown the representative for the West. This year’s tournament will include;

The Dudley Hewitt Cup is a four-team tournament to crown the representative for Ontario. This year’s tournament will include;

The Fred Page Cup is a four-team tournament to crown the representative for the East. This year’s tournament will include;

To get to one of these three tournaments, teams first have to survive their league’s playoffs. Depending on the size of the leagues, that could be just as daunting a task as getting through these tournaments. Many leagues are down to their final days, and in future instalments, we’ll look at the leagues in step with what the other leagues in the region are up to. For now, let’s focus on the two leagues that have already kicked off their playoffs. 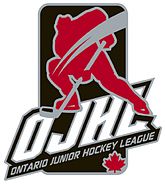 Canada’s largest province is also home to its largest Junior A league. With 22 teams, OJHL teams face a gruelling four rounds of playoffs, just to earn a berth in the Dudley Hewitt Cup. The league is split into two conferences; the North East Conference, with ten teams, and the South West Conference, with twelve. The top eight teams in each conference advance to the playoffs, with the division winners being seeded 1 and 2.

Preliminary Round (best of seven)
(For more info on these series, check out the great playoff previews from the OJHL websites.
North East Conference - preview

The top seeds in the North East find themselves in a spot of trouble early on, as underdogs have made it known they do not intend to be an easy out. Despite being outclassed during the season and finishing a full 31 points behind the Golden Hawks in the season, Cobourg has stunned the regular season champions by jumping out to a 2-0 lead, with Game 3 taking place last night. [Editor's Note: The Cobourg Cougars, The Heroes, completed their sweep of the Trenton Shit Hawks] The 7th seeded Lindsay Muskies, finishing 15 points behind Aurora, have recovered from a Game 1 shelling to take a 2-1 series lead, going into the 4th game of that series, which also took place yesterday.

The Kingston/Wellington series has been a goaltenders' duel through two games, with the two teams splitting their first two games, scoring a combined 4 goals. Game 3 in this series also took place on Sunday. Finally Newmarket has fought back from a 2-0 deficit, to win Game 3 and earn a chance to even the series in Game 4 on Sunday.

The Sabres finished 28 points ahead of Burlington in the regular season, but have twice needed overtime to take a 3-0 series lead. Buffalo has the chance to finish the sweep and close out their first-round series on Sunday. The Buzzers jumped out to a 2-0 lead before falling in Game 3 by a 4-2 score. The Jr. Canadiens have a chance to even the series in Game 4 Sunday.

Georgetown's win in Game 3 on Saturday gives them a 2-1 series lead in their series with the Patriots, with Game 4 scheduled for Saturday. It would appear things are getting feisty, with Game 3 included four misconducts handed our for incitng. The Rangers won in overtime in Game 2 on Saturday to even the series, with Game 3 and a crucial series lead on the line on Sunday.

For more information on the OJHL playoffs, check out coverage on their.website

The SJHL becomes the second league to kick off its playoffs tonight, when it begins its preliminary rounds. The SJHL has two divisions with six teams each. The 4th and 5th place team in each division play a best-of-five series to earn a berth in the quarterfinals.

Melfort had to go down to the last day of the season to beat out the La Ronge ice Wolves for 5th place and the playoff berth.Despite this and a 15 point deficit in the regular season against Battlefords, the Mustangs won both of the opening games of their season, by 4-1 and 7-4 scores. The North Stars will host Game 3 tomorrow evening, attempting to extend their regular season.

Both teams will look to shore up leaky defences going into the playoffs (Estevan 9th in the league, Kindersley 10th in Goals Against).So naturally Game 1 of this series was a defensive battle, with Estevan winning 2-1. Game 2 of the series is in Kindersley on Sunday.

For more information on the OJHL playoffs, check out coverage on their website.