Is the problem with fighting that we no longer have the right kind of fighters? 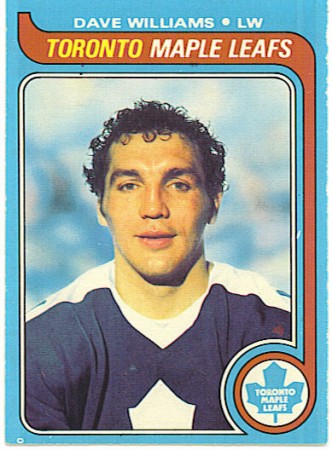 My twitter feed lately has been clogged with opinions as to the relative merits of fighters when it comes to winning hockey games. The traditionalists defend the role while those who study cause and effect find no supporting evidence that it helps. (Whether this points to limitations in the data or to the absence of a relationship will not be debated here.) Some folks, well, they just like fighting and its benefit to the game at large is immaterial to that enjoyment.

My own opinion on the subject is something I'll try to phrase carefully: I can imagine the scenario in which having fighters in your lineup would work exactly as the supporters say it should. The problem I have is that I don't see much of anyone out there capable of playing the role as envisioned.

I didn't see much of the most recent game, Monday against the Devils. Midweek games conflict with homework and bath times and it was well into the second before I had a chance to peek at it. I flipped on the computer to check the game summary and I saw that the Leafs were down 2-1. The line of Steckel, Orr and McLaren had been on the ice for all of three minutes and had given up both goals.

The optimist in me would say that this means that on somewhere between a third and half of their shifts, they didn't get scored on, and that's a good thing, but the pessimist likely wins this argument. The Leafs have guys who can fight and fight well, but it can be problematic when Carlyle tries to actually play them. They don't score enough, their possession stats are marginal and they don't defend particularly well.

It's an issue and it's not really Leafs-specific.

In contemporary hockey, the designated fighter role has become equivalent to the LOOGY (left-handed one out guy) in baseball. He's a specialist that rarely plays and will most likely get lit up if used outside of the constraints of his role. His job is normally to fight other fighters, because it's considered extremely poor form to beat the tar out of a non-fighter (unless he's the other team's designated rat, in which case it's still poor form but we accept it because it's fun). His impact is supposed to be that of a deterrent and this supposedly should be measured in reduced violence against the team's better players (this raises the always amusing question of how one measures things that don't happen - there have been no elephants rampaging through my fridge since I bought the new margarine, so clearly elephants hate this kind of margarine).

So is there real deterrence? Stars still get picked on and bad things still happen, so either fighters don't solve that issue very well from their position at the end of the bench or there simply aren't enough of them to have a measurable impact (MOAR FIGHTERS!).

My feeling is that a fighter could only be a deterrent if he actually happened to be on the ice at the time, which suggests that the problem isn't so much with fighting as it is with the people we have doing it. Too many of them are so specialized that they can't do much else, making them mostly if not utterly ineffective as a weapon.

It wasn't always this way. The concept of a team policeman has been around almost as long as hockey itself - the key difference being that he could police what was happening on the ice because he was out there playing on it. The all-time king of policemen was probably John Ferguson of the Habs. He'd skate on Beliveau's line, scare the bejeebers out of everyone, lead the league in penalties and pot 25 goals while he did it. If an opponent went near Beliveau, attitude adjustment was immediate and was applied directly to the perpetrator (somewhere near his face).

In Leaf lore, the prime example (other than Red Horner, who is a little too far back) is Tiger Williams. Tiger would skate alongside Sittler and McDonald and score 20-odd goals when not in the box for his 300-plus minutes per season. A player like this would actually be in a position to influence what happened to the stars. A player like Orr simply isn't because he isn't out there.

(Some, of course, will mention Domi, who also carved a niche as a guy who could play a regular shift and contribute useful things. I think his last couple of years in Toronto cloud the memory of a player who did a pretty reasonable job of being more than a thug.)

There were a lot of players like this - Willi Plett of the Flames, the two Bob Kellys, Probert and Kocur and Basil McRae. Some had more skill and some had less, but all could play. Even Dave Schultz scored 20 goals once. In an old playoff game I was watching the other day, Schultz beat a Leaf defender wide and set up a game-winning OT goal (are there other kinds of OT goals?). Think about it - Dave Schultz was on the ice in OT in the playoffs. Would any current fighter be?

Twenty-plus years ago, the culture of the game was such that a lot of skill guys would fight on occasion, too (google Savard/Leeman). What has happened to us over the years is that fighting has increasingly become the specific task of the "tough guys" and the rest either have lost the ability or the inclination to take part. As the fighting has devolved into the job of guys who rarely play, it has become basically meaningless as a tactic.

So when Don Cherry et al defend the role of the enforcer and of fighting in hockey, it seems to me they're defending a player who no longer exists. Cherry is thinking of the Stan Jonathans and John Wensinks of the world when our reality is built on Orr and McLaren. There may or may not be value in the role, but if they can't stay with the play, they'll never be able to show us. 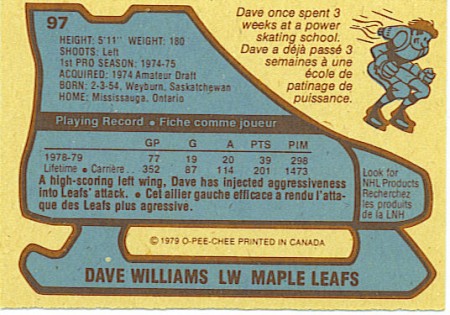