As of right now, our winner gets first pick out of 54 vintage cards below (and the Bobby Orr hasn't been posted yet). Will it be Gordie? Bobby Clarke? Paul Henderson?

A few days ago, we launched the notion of a trivia fundraiser for the charitable efforts of fellow SBN bloggers Laura/The Active Stick and Sarah Connors. I said that I had pulled a number of cards from between 1955 and 1979 to serve as prizes. This is the lot as it stands to date. There are a couple of things that are in the mail to me and will join this list once I have them in hand. One is a Bobby Orr - miscut (which is how I got it for <$30), but a vintage Orr all the same.

To join us (I'd like to start on Monday if we can get sufficient numbers of people), please make a $2.50 donation at the links below:

Once you've done that, be sure to send a mailing address to me at 1967ers at gmail dot com. Otherwise, your prize sits forever and ever in my basement.

The cards still have a bit of a Hab/Bruin bent, but I have found some Leafs and Seals and Gordie Howe belongs to everyone. There are some good names in here - Gordie, Tim Horton, Phil Esposito, Pierre Pilote, Jacques Plante, Guy Lafleur, Yvan Cournoyer, Paul Henderson, Bobby Clarke. Take a look.

In this first bunch: 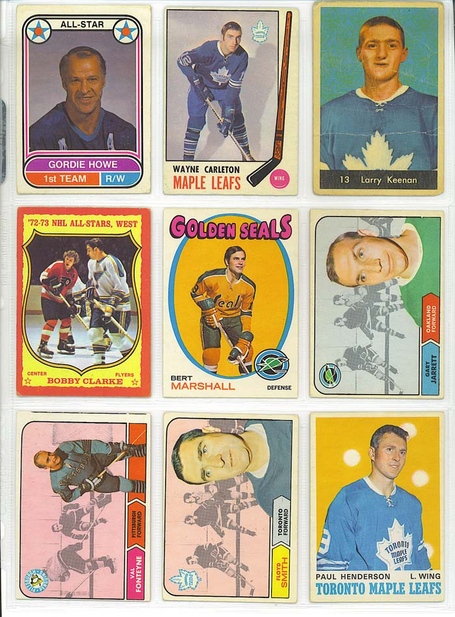 Bunch #2 was put together to pull in some stars from other teams, just in case. It might not be apparent, but the gem is the Morrison - this set in this condition is nigh on impossible: 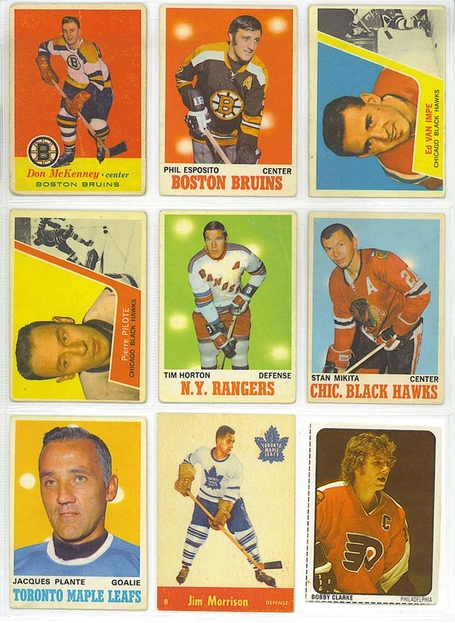 Bunch #3 had some interesting cards from 1978 including a couple rookie management types: 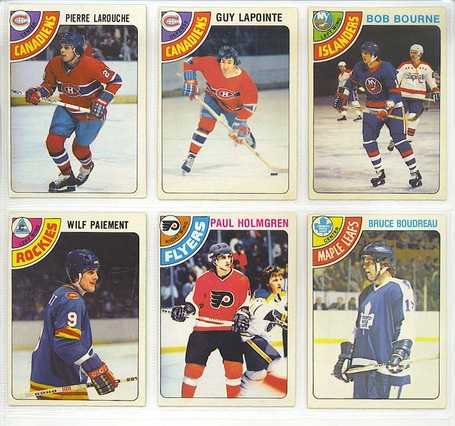 Bunch #4 and #5 were put together to support the original thought of Hab/Bruin-specific contests. These are the Hab cards. The key is probably the Cournoyer: 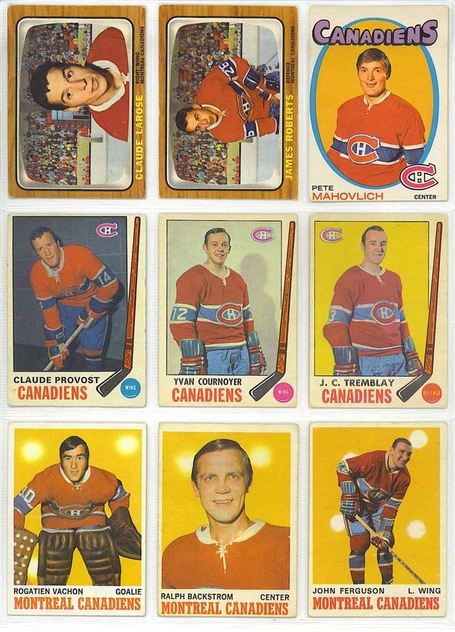 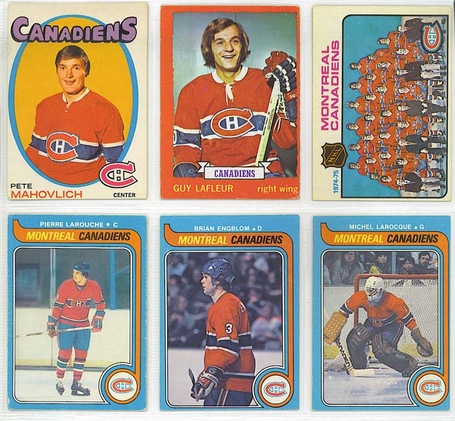 Bunch #6 and #7 were the Bruin part of the original lot. The Don McKenney also managed to get scanned twice. There is only one of them. It might not be apparent, but the Gilles Gilbert RC is really nasty to find in this condition. The Popeil is also in really nice shape: 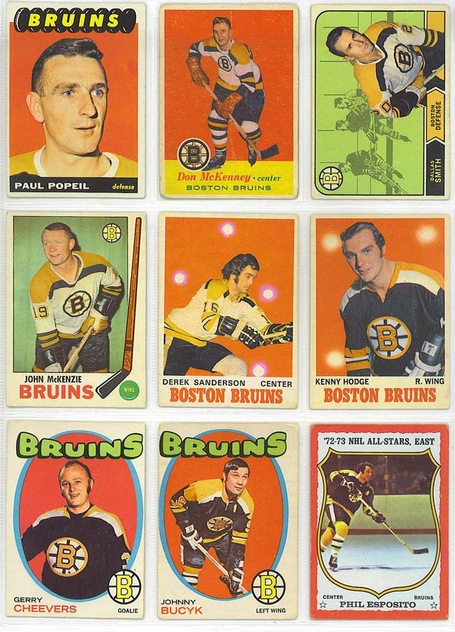 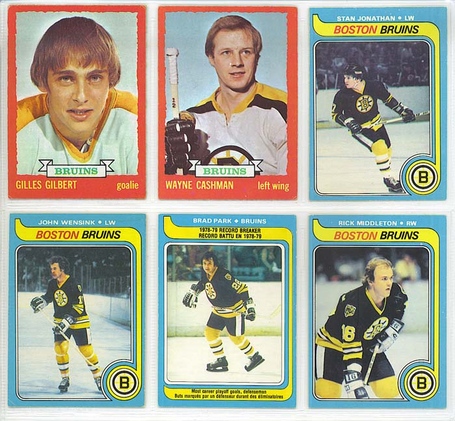 The prizes are more fun than hugely valuable, but the people who finish near the top of the contest will find a number of cards worth well more than their original $5 investment. As we get towards the bottom, well, you're donating at most a couple of dollars to charity and can still get something fun in the mail.

Come have some fun.

There were a couple of actual requests, so here are a few things. Still to come are some more WHA cards that I have yet to scan: 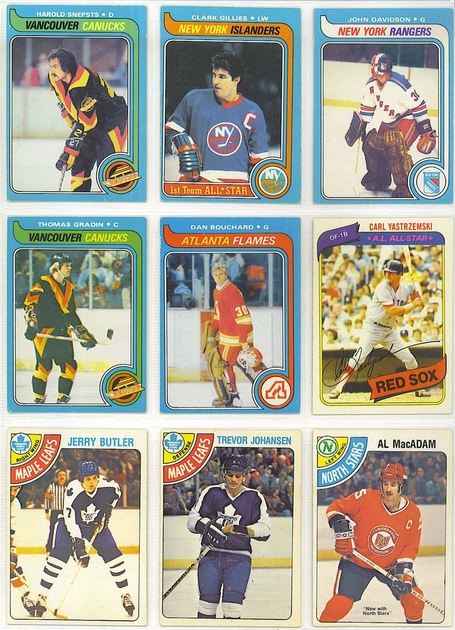 We're starting up as of Monday and we need more entrants! Join in!