Hello prospects fans, it's been a while. i went on vacation, came back sick and got busy at work and let you all down. I'm sorry.

Let's catch up with the kids. 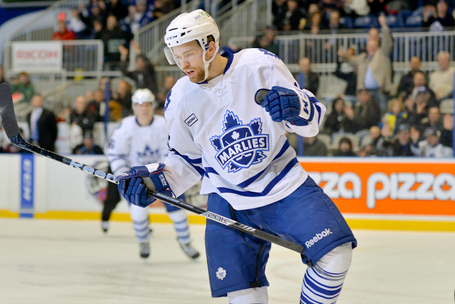 Biggsy's OHL playoff run ended when the Oshawa Generals were swept by the Barrie Colts in the Eastern Conference Semi-Finals. Biggs played all 9 games for the Generals and came out with 1 assist, a -1 and 13 penalty minutes. He joined the Toronto Marlies right away and has played 1 game with no points, PM's and 4 shots on goal.

Connor Browns season ended first for the kids, and he's now at home resting, which is best as he suffered a concussion near the end of the season.

Ryan Rupert is plugging along in the OHL playoffs. His London Knights eliminated Levio and the Rangers in the OHL Western semi-finals in 5 games. He has played all 9 games for the Knights, with 3 goals (1PP), 4 assists, a +6 and only 2 penalty minmutes. His WEstern Conference Final series begins on Friday vs the Plymouth Whalers.

Leivo signed an ATO with the Marlies today and will begin play tonight vs Oklahoma City. His 2 round run with the Kitchener Rangers resulted in 3 goals (all PP), 9 assists in 10 games with 8 penalty minutes 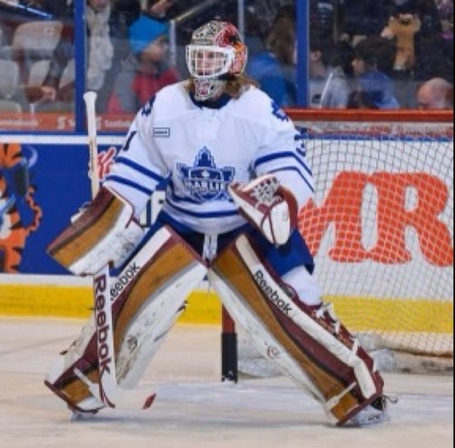 Matt Finn is done for the year, and rightfully so after the injuries he's dealt with. Sparks is with the Marlies, and played 1 game, the full 60 minutes with 2 goals against and a .920 save % 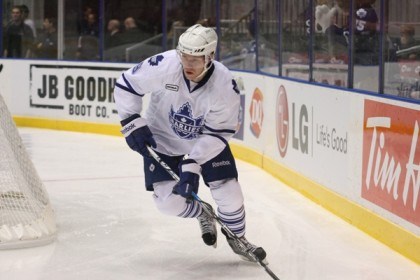 The Brolldozer's Greyhounds went down in 6 games against Owen Sound. He played all 6 games, had 2 assists and 21 penalty minutes. He's joined the Marlies and has played 3 games, with no points and 10 penalty minutes.

The Steelheads captain played all 6 of the teams playoff games vs Belleville with 2 assists, a -6 and 4 penalty minutes. He's now with the Marlies and played 2 games and has 1 goal. 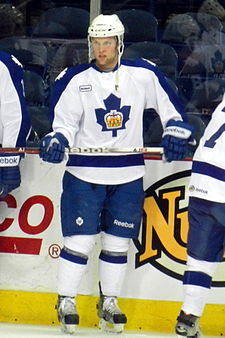 The first prospect to join the Marlies since Moose Jaw missed the playoffs, he has played 11 games with 1 goal and 1 assist.

The Fargo Force will take on the Waterloo Black Hawks in the first round of the USHL playoffs starting tomorrow night.

The Bulldogs were ousted from the WCHA playoffs by Wisconson.

The Wildcats made it to the semifinals of the NCAA Frozen Four tournament but were stopped by U-Mass Lowell. Knodel had no points in the tournament

Ousted in the second round of the Frozen Four by eventual champions Yale, MacWilliam had 1G, 1A in the tournament. As WizardofNaz pointed out MacWilliam has signed an ELC with the Leafs and ATO with the Marlies, so he will be joining the Marlies.

Lost in the ECAC finals to Union.