Day Five of the PPP Trivia Contest! Know stuff! Win cards! If you want to take part and haven't signed up, please take a moment to do so! Today the cards are Sather the player and an original Oiler.

Welcome to the fifth day of the trivia contest! I have 30 questions made up, from which two will be asked each weekday. For each question, the first person to post the correct answer gets a point.

We are still taking signups - were only a third of the way in, so there's plenty of time to join up and win. If you know the answer and feel you'd like to have some stuff from the prize lot, please take a minute to donate $2.50 to each of the links below. It's for a good cause:

When I was most recently trying to add stuff to the prize lot, my focus was on vintage Oilers. If the boxes I had been going through had been from the early 1980s, this could have been difficult as like any good Calgary boy I ditched as many Oilers in trade as I possibly could (hindsight says this was not a wise idea financially). For the 70s, though, I had some options and I hadn't featured much from the WHA yet (other than the Gordie), so here one is.

This is a 1972-73 OPC high-series card of Val Fonteyne of the then-Alberta Oilers. 1972-73 was the only year that the NHL and WHA were mixed in a single set (I'm guessing the NHL was none too happy about this as it never happened again.) The third series was all about the new WHA players and they're significantly harder to find than the cards from the first two. I have three of them in the prize lot and two are Oilers.

Val was a long-time player who owns two of the three longest penalty-free streaks in the NHL. He had one of 185 games, another of 157. He only took 26 total minutes in penalties in 820 NHL games and another 4 in 149 WHA games. He played for the Oilers in their first two seasons. 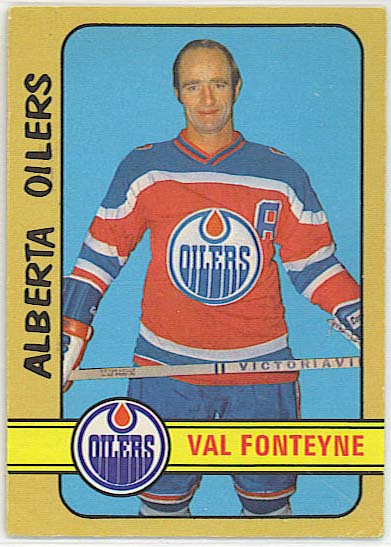 Given the nature of Glen Sather's talents, it always amazes me he coaches these run-and-gun, shoot the lights out teams. Glen was not blessed with a real set of hands. He was a mucker and a grinder who never did have a 20-goal season and just twice broke the 30-point mark. He could coach talent, though, so there you go. 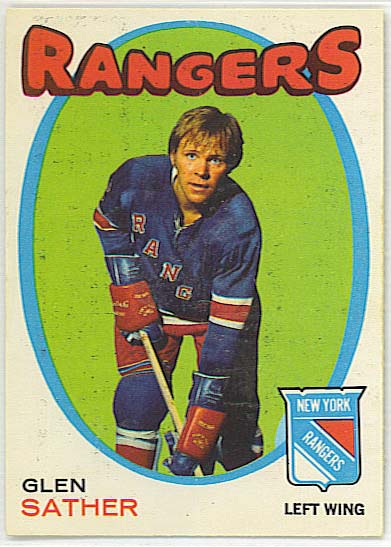 The questions - I hope these make it past the 15-minute mark.

9. Who is the last person to have been passed as the NHL's all-time leading scorer while still an active player?

10. in 1981, Bobby Hull attempted a comeback. Which team did he try out with and why would this be a logical choice for him?

Standings to date - it's a dogfight:

Grabovski's better than you think - 4 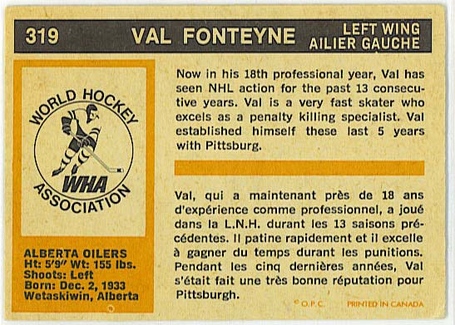 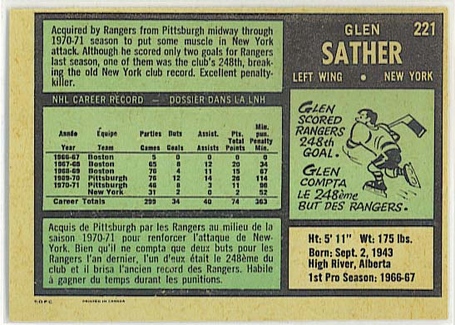