Day Six of the PPP Trivia Contest! Know stuff! Win cards! If you want to take part and haven't signed up, please take a moment to do so!

Welcome to the sixth day (and second week) of the trivia contest! I have 30 questions made up, from which two will be asked each weekday. For each question, the first person to post the correct answer gets a point. I will do my best to ensure that these post at a common time. I know it's annoying when you find it and the answers are already there. I keep hoping for a question that will at least take a couple hours, but no such luck yet.

We are still taking signups - were only a third of the way in, so there's plenty of time to join up and win. If you know the answer and feel you'd like to have some stuff from the prize lot, please take a minute to donate $2.50 to each of the links below. It's for a good cause:

I want to get today's questions up as close as possible to the actual time I've been aiming for (11:00 - won't always happen but we'll always aim for it) so text will be minimal. Today's cards represent a couple of teams that are no longer with us.

Al MacAdam was a good, consistent scorer through a lot of the 70s and 80s, though he spent his career playing for teams that never amounted to much. In the last couple of seasons with the Seals and the short existence of the Barons, he played on their top line (the M-line with Maruk and Merrick) and provided much of whatever small hope those teams generated. This card captures the merger of the Barons and North Stars, with whom he'd stay through 1984, peaking at 42 goals and 93 points in 1979-80. 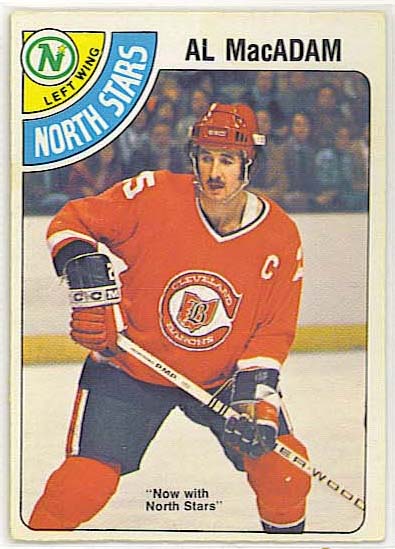 The second card is another of the inaugural WHA cards - Mike Amodeo of the short-lived Ottawa Nationals. The Nationals would move down the road to Toronto and become the Toros in 1973-74. Mike, a 7th-round pick of the Seals, would come with them for a season-plus and then play parts of the next three seasons in Sweden. I found this interesting as while he's probably not the earliest North American to head to Sweden, he's the earliest I've seen. He'd put in another couple part years with Winnipeg, including 19 games in the NHL in 1979-80, then wander around Europe, playing in Sweden and Italy. He represented Italy in the 1982 Worlds. 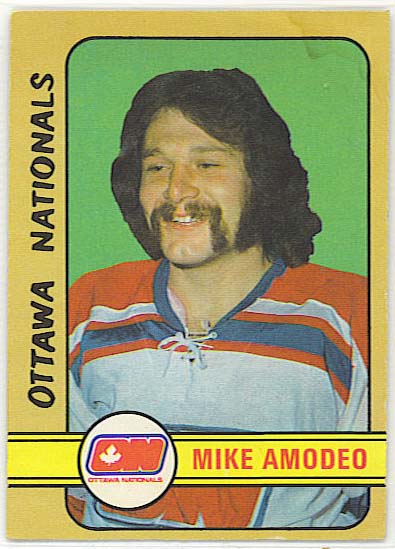 11. Who was the first NCAA player to win the Calder? (There is both a 'correct' and 'acceptable' answer for this)

12. Who was the last goaltender (NHL/WHA) to play without a mask?

Grabovski's better than you think - 6 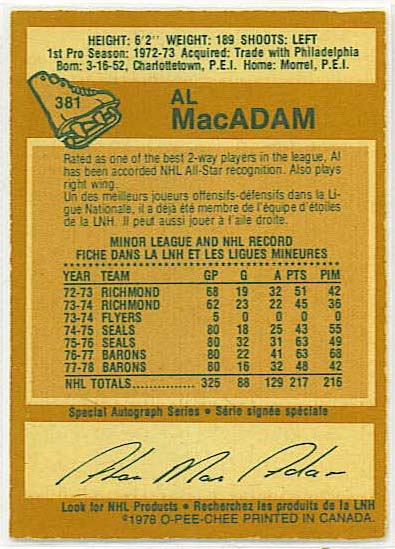 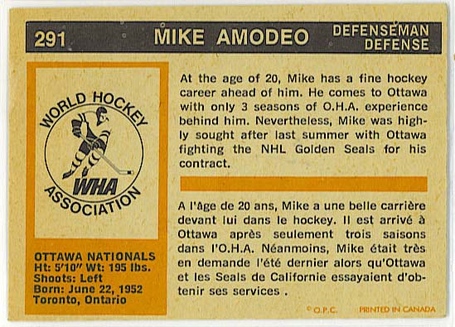