NHL Insiders for every major publication and broadcaster are reporting that the Toronto Maple Leafs are looking to the Calgary Flames and Miikka Kiprusoff to fill an apparent void in net but does the move make any sense?

Share All sharing options for: NHL Trade Deadline Rumors: Should The Leafs Trade For Miikka Kiprusoff

There is not a major news outlet in Canada that hasn't commented on the Toronto Maple Leafs' interest in Miikka Kiprusoff of the Calgary Flames. There have been some variations on the cost to the Leafs (a 2nd round pick? a third round pick? MORE?!?!) and on what the Leafs plans may be for Kiprusoff beyond the remainder of the 2013 season (amnesty buyout? EXTENSION!?!?) but the fact remains that there is good reason to believe that the Leafs are seriously looking at trading for Kipper. So does this move make any sense?

Since 2005, Kipper has four first round exits with a .913sv% which you may notice is less than the league average regular season save percentage.

Actually, as a starting point, let's outline the most defensible solution: the Maple Leafs trade a single draft pick for Kiprusoff - based on the trades this year it'll likely be conditional - and then carry three goaltenders for the remainder of the season so that they don't lose Ben Scrivens. How will things play out on the ice? Kipper's had below average save percentages in four of his past six years and had had some injury struggles this year which has led to a below-Toskala save percentage this year. Read that again and then SCREAM. The probabilities suggest he's probably in his decline phase but maybe he does bounce back in the games he plays in. It could happen.

At the end of the year, the Leafs buyout Kipper and then they run with Scrivens and Reimer who now possess the playoff experience that is apparently a pre-requisite for success. The likeliest scenario is that the Leafs would have lost an asset for a player that would only play a handful of games while simultaneously sending their young goalies the message that they aren't trusted. But at least Kipper's cap hit won't be around next season to hamper the Leafs' attempts to re-sign their RFAs and fill out the roster.

Why The Leafs Should Not Make This Trade?

67Sound made the case in seven tweets but I'll flesh them out here but there are plenty of reasons for the Leafs to run away from this deal:

The first half of that is that at some point the Leafs are going to have to find out if James Reimer and Ben Scrivens can handle the seemingly unique pressure of the NHL playoffs. Reimer was the MVP in backstopping the South Carolina Stingrays to the Kelly Cup (ECHL) and played well in three games at the 2011 World Championships. Scrivens meanwhile played 17 games in guiding the Marlies to the Calder Cup Final while posting a .935 sv% and 1.92 GAA. Those are by no means extensively resumes but at some point, as this team is developing, there needs to be a chance to see if their abilities extend to the playoffs. They're both in that hilarious (note: not hilarious) vortex where they don't have NHL playoff experience so they can't be allowed to accrue NHL playoff experience because they don't have NHL playoff experience.

Meanwhile, Kipper's made a lot of hay on his 2004 run but how has his playoff record looked since then? He has four first round exits with a .913sv% which you may notice is less than the league average regular season save percentage. He also hasn't made an appearance since 2009.

If the Leafs are going to get a guy that can help them lose in the first round with slightly below average save percentage why not have it be one of the young guys that you are evaluating as long-term solutions to the decade-long search for goaltending?

As Mirtle noted, it's not like 'lack of experience' is unique to the goaltenders. Why not let the team learn together as they insist they have after last year's second half collapse? If it's such a pressing concern then why not address is elsewhere as well?

When the Leafs had two draft picks headed to Boston and the team was clearly crying out for help in net, Brian Burke failed to address the needs in a timely or successful fashion with disastrous results. Now that the team has good goaltending the team wants to bring in someone that is probably not an upgrade. How good are the Leafs' goalies this year?

That's pretty good. But bottom line is that the Leafs have two goalies who are playing well and are still firmly in the evaluation phase of development.

Let's set aside a discussion about the extent to which these two have an impact on a team's success but rather look at what Kiprusoff would supposedly add. He's been a veteran leader on the Calgary Flames almost since his first day in yellow and gold and especially so in the last few years. How then could he have allowed them to become such a poor team? Now, remember that the key here is that the arguments have to be consistent with the ones that have been used against Dion Phaneuf. Not so easy eh?

There has also been a lot of talk about the importance of chemistry among the Maple Leafs. How does bringing in a veteran with the implicit suggestion that he will be necessary affect that chemistry? This team has been outspoken about their chemistry so why mess with it? Also, keeping in mind the rumours of Phaneuf's struggles in Calgary, how do the two of them get along? 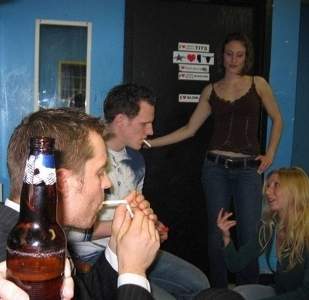 This one ties in to the first one but I wanted to spread it out and have it last because I think it's the strongest counterargument against the move. There's a decent, recent history of inexperienced goalies doing quite well in the playoffs. Some have even done it despite not having a veteran backup to help deal with any problems. Maybe they're goalie coaches were doing their job. As Mirtle pointed out:

With so many inexperienced goaltenders - from Stanley Cup winners Cam Ward (2006), Antti Niemi (2010) and Jonathan Quick (2012) to unlikely heroes Jaroslav Halak (2010) and Braden Holtby (2012) - having postseason success, gambling on a potential goalie of the future may be the right way to go for a developing team.

This isn't to say that every time you have an inexperienced goaltending duo that you should not look to make changes because the list of goalies above did so well. But when you're developing then it pays to find out what you have in your young players. The Leafs are going to be doing it with the vast majority of their team this year so why not in net?