PPP Charity Trivia Time! Questions 23-24 - we all need a Tim

Day twelve of the PPP Trivia Contest! Know stuff! Win cards! If you want to take part and haven't signed up, please take a moment to do so! Have you got your Tim's yet? If not, get one here!

Share All sharing options for: PPP Charity Trivia Time! Questions 23-24 - we all need a Tim

The home stretch continues - welcome to the twelfth day of the trivia contest! I have 30 questions made up, from which two will be asked each weekday. For each question, the first person to post the correct answer gets a point.

We are still taking signups. Why are we taking signups? Well, even if it's going to be a challenge to win slots one and two, there is still an open battle for third and you will easily make your $5 back if you get that spot. Even if you never get a question right, you still get to pick a number of cards from the prize lot and there must be something in there of amusement value.

I wish I had a nice Leaf-era Tim Horton to put in the pile, but I don't. I do have his one and only Rangers card, though, so it'll have to do. Tim was the Rangers when Vic Hadfield threw Bernie Parent's mask into the stands during the 1971 playoffs. I can't recall whether he was on the ice. Park was, since he was grappling with a young Darryl Sittler, and I want to say the other defenseman was Rolfe, but I'm not sure (I suppose I could look it up.) Either way, it was not his fault as Tim never did anything that wasn't awesome. 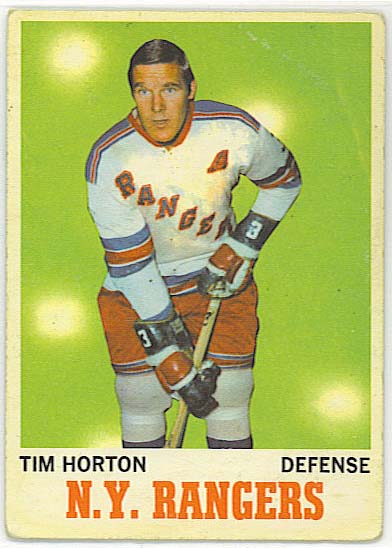 The Wayne Carleton is notable particularly for the cartoon on the back, which remains one of my favourites. I'm sure a lot of people wanted to make this gesture to Punch. I don't believe for a second that Carleton actually did, though. Wayne would wind up with the Bruins just in time to win a Stanley Cup. They rewarded him for his efforts by sending him to the Seals. 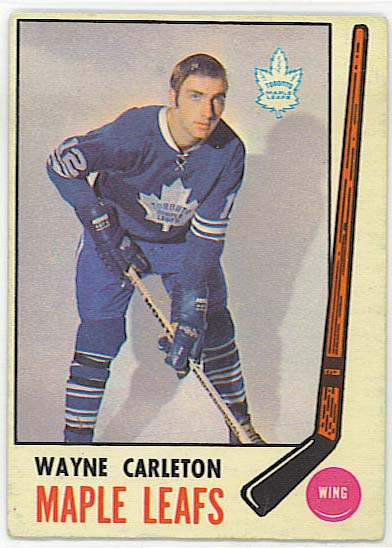 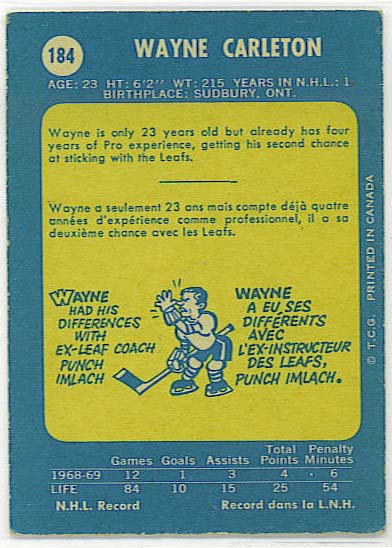 23. Who was the first Conn Smythe winner to play for a team that lost the Stanley Cup?

24. What goalie gave up the 500th career goal of three different players?

Grabovski's better than you think - 10 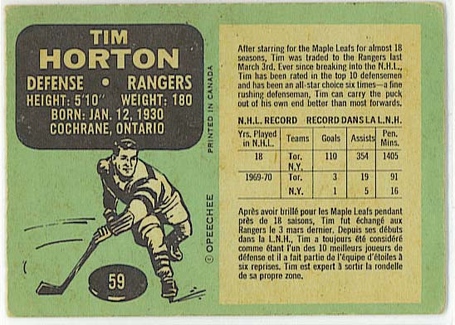