Day twelve of the PPP Trivia Contest! Know stuff! Win cards! The end approacheth, but lots of prizes will be out there. If you want to take part and haven't signed up, please take a moment to do so!

Welcome to the thirteenth day of the trivia contest! I have 30 questions made up, from which two will be asked each weekday. For each question, the first person to post the correct answer gets a point.

We are still taking signups. Why are we taking signups? Well, even if slots one and two are out of reach, there is still an open battle for third and you will easily make your $5 back if you get that spot. Even if you never get a question right, you still get to pick a number of cards from the prize lot and there will be something in there of amusement value.

I'm in playoff mode now and I'm looking at the cards that I haven't yet posted. A number of them are Habs and Bruins and militant homerism says I can't post either - not now, anyway. So today I've chosen two people who, even if you don't like their teams, it's impossible to fully dislike. This is kind of too bad, as there's a young Lafleur and Phil Esposito from his record-setting days, but this is playoff time and rules be rules.

I know that Harold Snepsts once had hair - it's just that I really can't remember it and to see it is kind of jarring. What a uniform. Somehow Harold is appropriate in it. 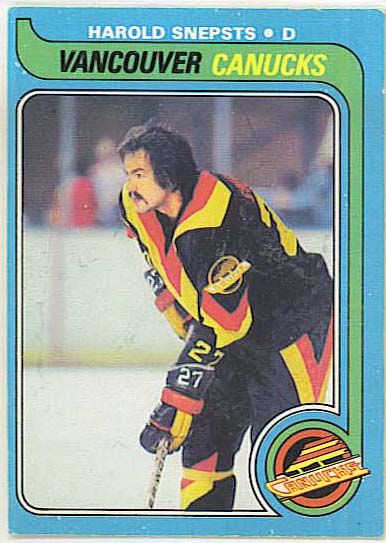 I have this vivid memory late in his career of Harold lugging the puck out ("lugging" is appropriate) of his own end and Harry Neale said, "Now here's Bobby Orr carrying - no, my mistake - it's HAROLD SNEPSTS!!!" Not a great story, but it stuck. 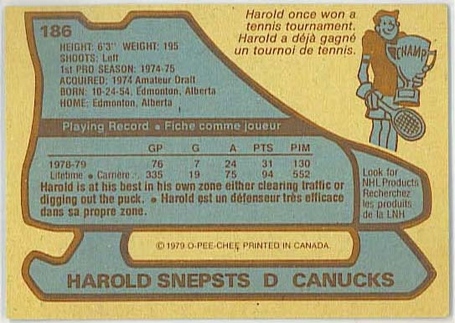 I have no really good reason for liking Lee Fogolin. I just always did. Even though he was a filthy Oiler while I was in Calgary. It may have been that I was curious about his dad, also known as Lee (though he was really a Lidio), a defenseman in the 50s which was the time period I was reading about the most. 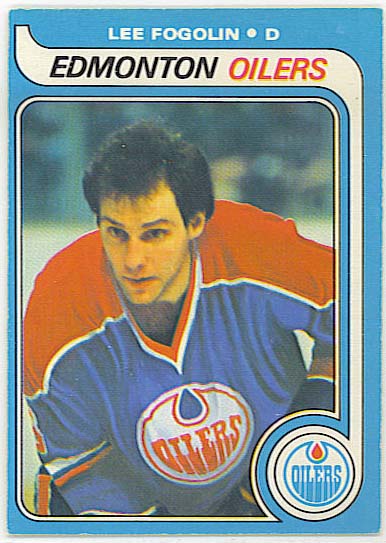 I'm curious what it means to twice be the Sabres most improved player. Either the rest of the team never developed at all, or you were really, really bad when you broke in. Neither seems that great. 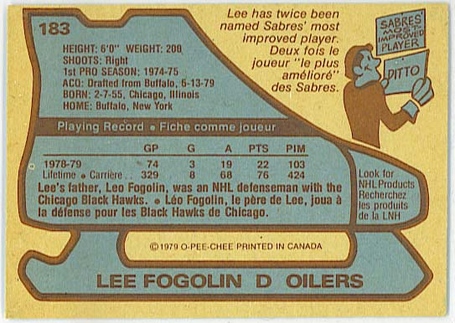 26. During their playing days, what Leaf used to spend summers in Saskatchewan fishing with Gordie Howe?

Grabovski's better than you think - 11

Sknut - 9 <--needs a day where he nails both questions