Day fourteen of the PPP Trivia Contest! Know stuff! Win cards! Lots of prizes will be out there. If you want to take part and haven't signed up, please take a moment to do so!

We're rounding the final corner and heading down the last stretch with Sknut and Grabovski's better than you think neck and neck, well ahead of the pack. So of course, I'll throw a wrinkle into this by being late. This is the fourteenth day of the trivia contest. I have 30 questions made up, from which two will be asked each weekday. For each question, the first person to post the correct answer gets a point. There are two to go after today.

We are still taking signups. Why are we taking signups? Well, even if slots one and two are out of reach, there is still an open battle for third and you will easily make your $5 back if you get that spot. Even if you never get a question right, you still get to pick a number of cards from the prize lot and there will be something in there of amusement value.

Still in playoff mode, I have a couple of people today who faced off in one of the more memorable Leaf series of the 1970s - the Roger Nielson Leafs against an ascendent Islanders team. The Leafs stunned the Isles in 7, but couldn't survive their own ownership and wouldn't win another round until dumping Chicago three-straight in 1986. 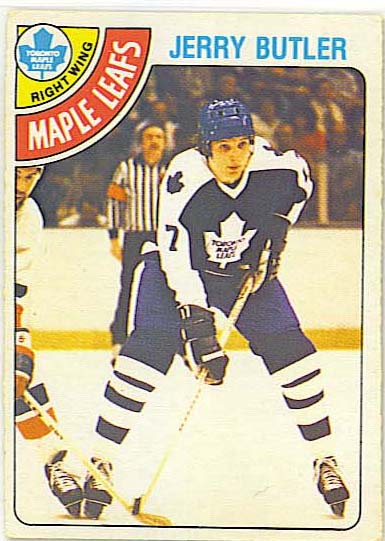 Jerry Butler played the role of Jay McClement on that team. Arriving early in '77-78 from St. Louis for Inge Hammarstrom, he was one of the Leafs top PK fowards along with Jimmy Jones. He went on to the Canucks with Tiger Williams for a pair of kids named Vaive and Derlago. 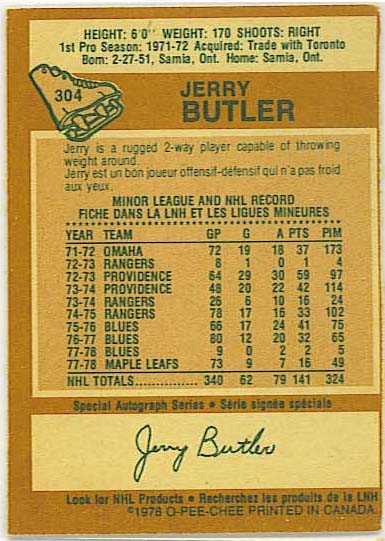 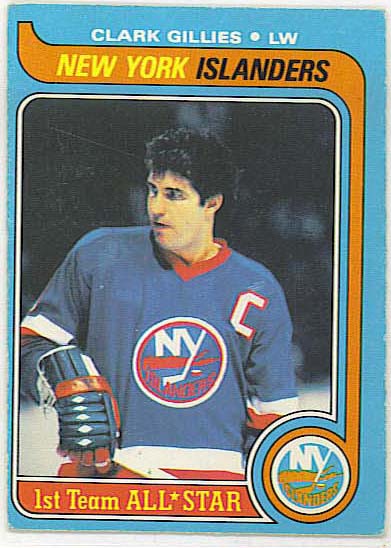 Clark Gillies is sort of a hard one to peg. A controversial HHOF selection in 2002, his stats don't seem to stand with the other players chosen. Yet when he was big, he was really big. He was this menacing presence on the left side that could still score - if not with the best of them, at least with the second best. When you talked about all the great players on the Islanders dynasty, he was one of the first few mentioned.

He may have been one of the many cases of a physical style of play aging a player before his time. His numbers fell off comparatively early and he appeared to have hung on slightly too long. 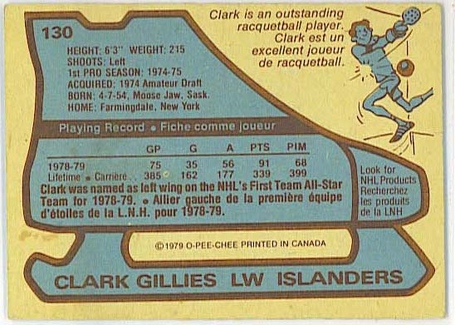 27. There have been six players who have ever held the NHL's single-season goal-scoring record. Name them.

28. For a number of years, Gordie Howe held the single-season NHL points record. How many points did he have?

Grabovski's better than you think - 11