They really expect us to believe the end product looks like this? 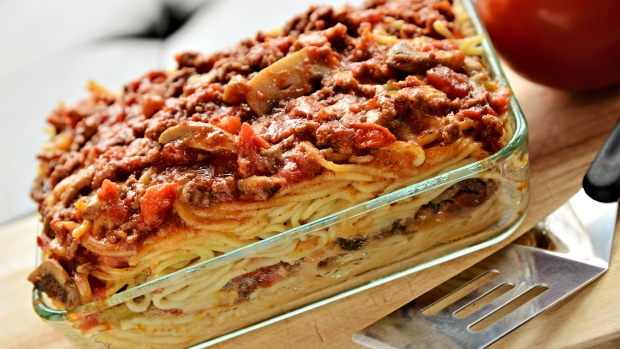 Mmmmm... spaghetti. Don't we all love a giant plate of starchy carbs?

I was intrigued when, two weeks ago, the CBC published a bizarre recipe on their local Ottawa website. Mike Fisher's Slap Shot Spaghetti. It's from a cookbook authored by Erin Phillips targeted at the busy hockey mom demographic. It's titled The Ultimate Cookbook for Hockey Families, which you can pre-order here, for a mere $15.64. But why would the CBC republish a recipe from a random first time author's cookbook? It's a mystery.

First, let's figure out what is the connection between Mike Fisher and Erin Phillips. Erin Phillips is married to the Senator's Chris Phillips. Chris Phillips was the first pick of the 1996 NHL draft, which was a pretty meh draft. 11 of the first round picks didn't even make 100 NHL games. Edmonton's first round pick was Boyd "hat-trick-when-no-one wants-it" Deveraux. The Leafs didn't even have a first round pick. Their first pick came in the second round: Marek Posmyk, whom you can be forgiven for not remembering. He played a grand total of 19 NHL games. His most important contribution to the team was being a piece in the trade to acquire a guy who in recent times is best remembered for saddling the Leafs for years with a million dollars of dead cap-space. Almost none of the other Leafs picks even sniffed the Show, except for the eighth round pick, the awesome Mr. Rosy Cheeks.

As far as I can tell the only active players left from the 1996 draft are Chris Phillips and Danny Briere. That's, of course, not surprising, since most players from that draft class would now be 35+, and smart NHL teams generally don't sign 35+ players due to their habit of breaking. 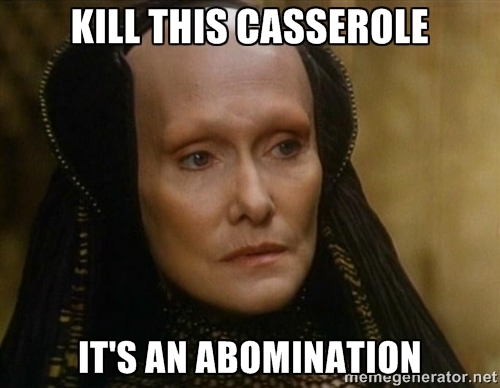 So, back to the connection to Mike Fisher. Two years after Phillips was drafted, the SNES (lol) drafted Mike Fisher, who is better known as the husband of country music superstar Carrie Underwood. Apparently Mr.Phillips and the future Mr. Underwood became friends before he was traded to Nashville and to this day they still trade shitty recipes with each other.

This past weekend I was voluntold to pet-sit at my parent's house. They have a cute Boston Terrier and a nightmarish Maine Coon cat. 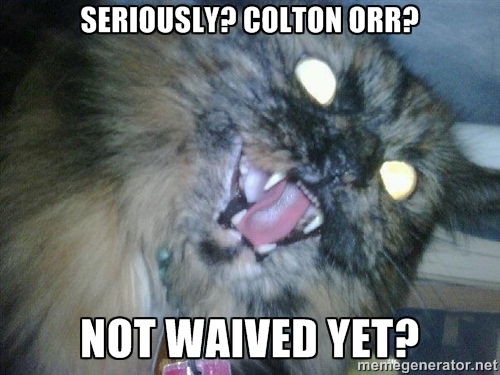 As usual on days ending in "y", I got pretty drunk. In the morning. On my new favourite beer. I also got hungry.

Looking through my parent's fridge, I discovered all the necessary ingredients were on-hand to make Mike Fisher's Slap Shot Spaghetti, so I decided I might as well do it for fun (my ideas of fun are probably much different that yours)!

I assembled all the ingredients, with two substitutions. The original recipe calls for 2 cups of shredded cheddar cheese. It's not exactly a secret that cheddar is a shitty melting cheese (unless you gussy it up with chemicals). Cheddar doesn't melt, it separates into oil and hard, rubbery, cheese curds. My parents had in their fridge a bag of grocery store shredded mozzarella, jalapeno jack, and cheddar so I substituted that instead of straight cheddar. I also used fresh oregano instead of dried cause I gotta class this up a little bit.

There was also the matter of the "can of cream of mushroom soup"; the grossest part of this recipe. Now I'm no Alice Waters fan (I'm more of a Harold McGee) but I'm sure everyone can appreciate that opening a can, turning it upside down, and having the contents slowly slide out with an obscene suction sound is not appetizing. However, it's not like I was going to make my own mushroom soup for this, especially, as at this point I had already moved on from beer to a bottle of wine and was quite tipsy. 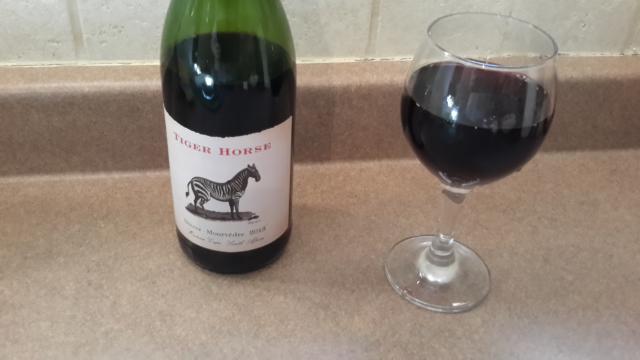 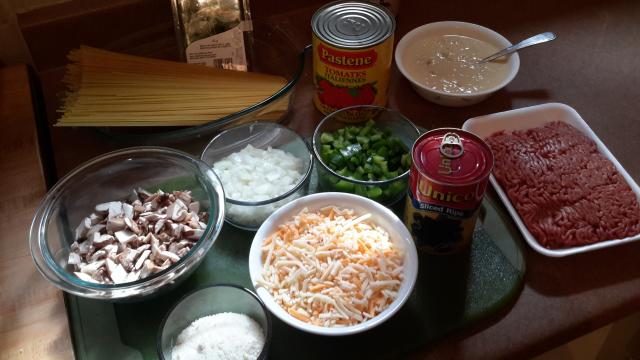 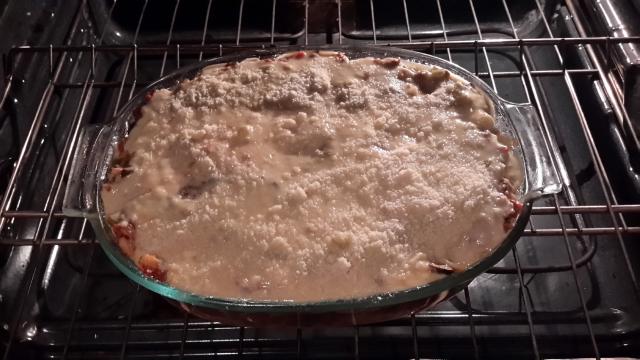 Now, I'm no foodie, I mean this is my regular breakfast, but this turned out not actually horrible. 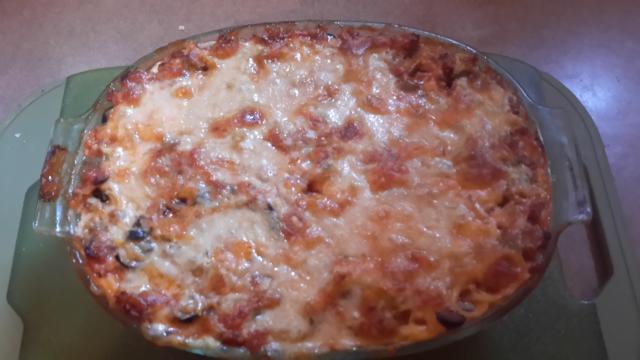 It has a nice browned top, a creamy sauce, and tasted okay. It actually did even hold it's shape after cutting out slices, instead of flopping all over the plate as I expected. The most notable problem I found was there was not enough sauce. If I ever went insane and chose to make this again, I would use two cans of tomatoes instead of one.

This was good enough that I felt confident serving it to my real life boyfriend James van Riemsdyk. 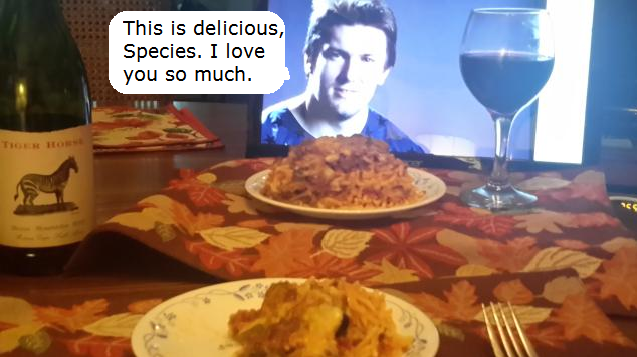 Overall, on a scale of Colton Orr to Phil Kessel, this casserole gets a solid Peter Holland.

Would you make this?