It's NHL schedule day, so the Toronto Maple Leafs have released their schedule for 2014-15 season. 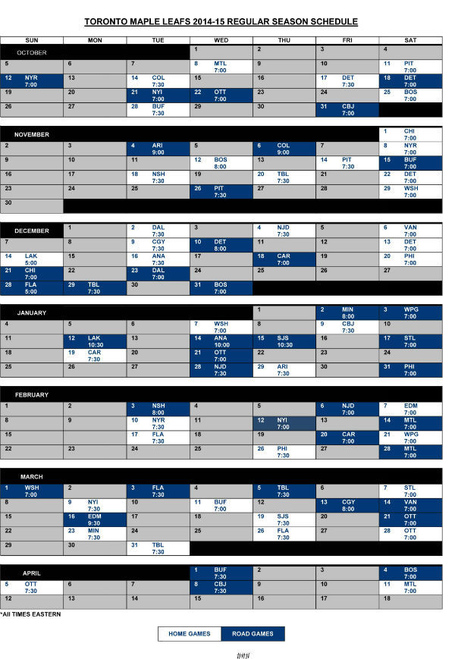 The Leafs will have 18 back-to-backs, which is above average compared to the NHL average over last three years. Saturdays reign supreme, as Toronto will play on all but three Saturdays during their season. If you're going to be away for a stretch of time next year, could I suggest January 10th through the 18th?