Leafs Fall to LA 2-0, And the Hits Just Keep On Coming

Share All sharing options for: Leafs Fall to LA 2-0, And the Hits Just Keep On Coming

The Toronto Maple Leafs fell to the LA Kings, but actually managed to keep the game close throughout - it was a one-goal game 'til the empty netter, and the Leafs held the Kings to the second fewest shots against since 1987 (and the fewest since 2001). Your game in six:

Some quick thoughts before turning in after a late game:

Two weeks ago, I'd have laughed if you'd told me this would be the case. I'd accuse you of photoshopping it. I don't know if this stretch will continue onward, or if it'll result in points in the standings, but it sure is nice to see: 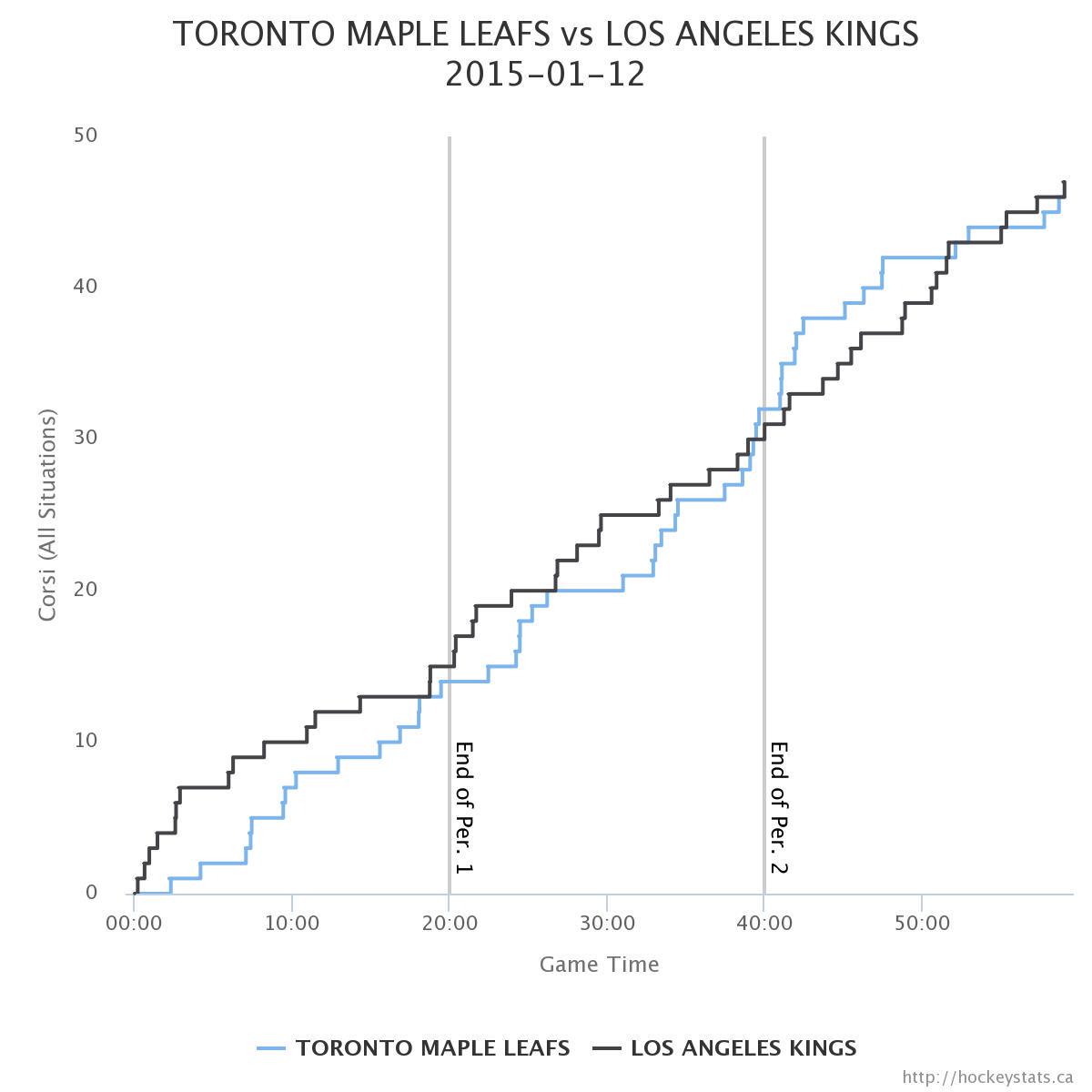 The Leafs' next game is a 10 o'clock start against the Ducks, coming up this Wednesday, followed immediately by a game against the Sharks. Here's hoping the games stay close.