After a resounding victory in Clarkland, our intrepid warriors head east to Phil country.

Share All sharing options for: From the Branches: Unphiltered

I watched the first period of last night's Leafs game while also staring at the Jays' box score. Then I had to go out to do a thing. When I returned, the opposite of what I expected to happen was true. The Leafs had somehow beaten the crap out of the Blue Jackets (Bobrovsky? You ok, sir? No?), and the Jays were once again pranking everyone by dropping the first game of the playoff round. Ha ha, very funny, Jays.

I'm certain the Jackets' loss had absolutely nothing to do with David Clarkson's ability to protect water bottles -- in the case of last night, Dion Phaneuf was NOT going to be getting any free water out of Ohio, no indeed. Before we head into Phil country, we must pause to say a fond farewell to the loudest arena in the midwest.

Babcock: Let's give the boy a lift.

Shanahan: What? No. We can't stop here. This is Phil country.

Game 4 Recap - Y'all were watching the Blue Jays | PPP
"Thankfully for you all I'm not a fan of baseball so I stayed off the bandwagon tonight and watched the Maple Leafs go down to Columbus and pick up their first victory of the season, a 6-3 victory over the Blue Jackets."

Maple Leafs 6, Blue Jackets 3 - Quick Thoughts | The Cannon
"Approximately 60% of Canada didn't actually notice the Maple Leafs winning because the Jays are suddenly losing. Expect to see a petition up on MoveOn.org demanding the Leafs forfeit the rest of their games until the World Series is over before the end of the night."

#Leafs centre Tyler Bozak has left the game with a lower body injury and will not return. #TMLtalk

We'll keep an eye on his status today.

Why Clarkson wound is still fresh for Maple Leafs fans | Steve Dangle
I saw this headline and I was like, what? And then I realized Dangle wrote it.

Maple Leafs expect nothing but the best from Kessel, Penguins | Sportsnet
"He’s got some good candidates over there to play with," friend and former roommate Tyler Bozak said. "I know he’s excited for the opportunity. … They are such a good team, they have so much firepower up front that they can break out at any time."

Maple Leafs know they owe a debt to Phil Kessel as first meeting looms | Mirtle
"All told, Kessel scored 181 goals in 446 games over his six seasons in Toronto, making him only the sixth Leaf in franchise history to produce that much that consistently in that span."

Penguins' Kessel not worked up over facing old Toronto mates | AP via Yahoo
"I don't care. Whatever," Kessel said. "I'm going to do whatever I can to help this team win (Saturday) night and try to play my best and whatever happens, happens."

Maple Leafs have plan to slow down Penguins' Kessel | NHL.com
"He's probably got the best shot in the League. Honestly, I don't think there's anybody better. Just the speed of his release and his accuracy and how heavy his shot is, he's the best. It'll be fun to face him. I faced him lots in practices, but even when you think you knew where he was shooting, he could usually still score." -- James Reimer

Kyle Dubas Interview with Norman James – Transcript | MLHS
"The only urgency that exists within the organization is the urgency to make sure we’re doing everything that we can every day to get better every day..."

Flames vs. Jets:
Calgary Flames at Winnipeg Jets recap: It's better if you at least try to score | M&G
Byfuglien is God. Jets WIN!

Blues vs. Canucks:
Blues Vs. Canucks Recap: Back to Back is Back, Jack!
The Canucks lose 4-3 to the Blues

Wild vs. Kings:
Wild Steals a Point in La La Land, Lose 2-1 in OT to Kings

Led by rookie Max Domi, Coyotes are one of NHL's must-watch teams | SI

Reddit made a Buffalo Wild Wings team, logo, cap-compliant roster, and all. Here's the logo: 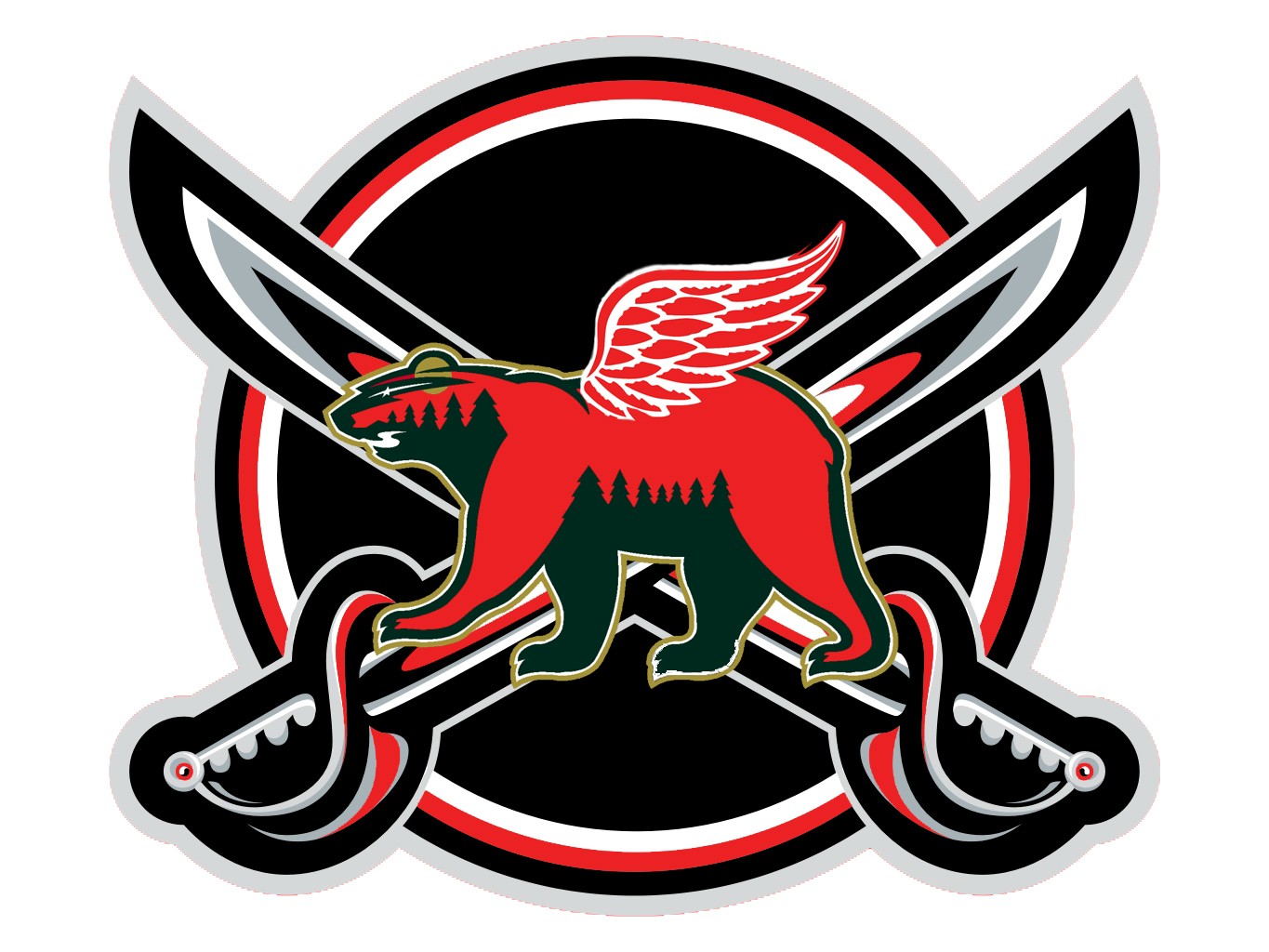