Hold on to your Babcocks: the Leafs first away game is against the coach's old team.

(there will likely not be some kind of ceremony involving the ritual sacrifice of an octopus by a shirtless Zetterberg, so, uh, maybe tune in a few minutes late)

Mike Babcock returns to Detroit for his first game since.... that pre-season game one week ago.

That's not nearly as dramatic as it should have been. Let's pretend pre-season doesn't count.

Mike Babcock returns to Detroit for his first game since leaving the Red Wings. 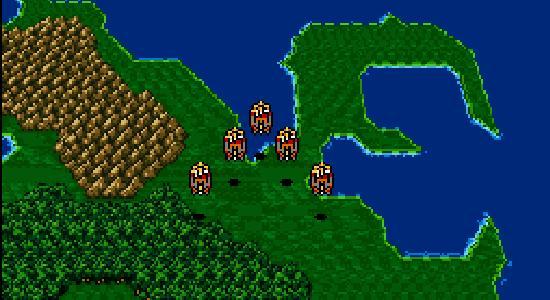 You may be wondering what the Red Wings were up to over the summer. After Baron's King was secretly overthrown by an impostor who forced the Red Wings to steal the powerful Crystals of Light, he was slain by Jeff Blashill, however he decided he really wasn't interested in flying a robotic whale to the moon and fighting a million year old embodiment of hate itself.

Babcock: "The storyline tonight is the Red Wings play the Leafs."

I'M GETTING TO THAT PART!

Instead Blashill settled in Detroit and took up coaching the local senior citizens hockey club who were left leaderless after the departure of the greatest coach in today's NHL who wanted top be "anywhere but here!"

What else happened to the Red Wings this off-season? If you had read my Atlantic Division changes preview you would already know! But I will cut/paste it in here because you didn't did you (and I'm lazy)! 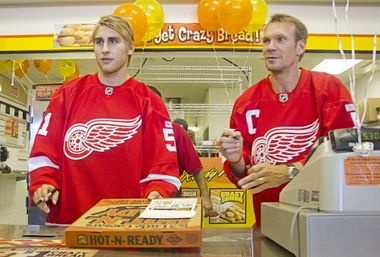 Cockwatch reached such a frenzy last May that people (we mean Jeffler) were actually tracking where the MLSE private jet was flying to determine if it was picking up Babcock. After much deliberation Babcock chose Toronto to win the Cockstakes and there was much rejoicing by all, even in Detroit, where they knew it was inevitable and were glad it was finally over with.

It also worked out for the Red Wings since they had a head-coach-in-waiting down on the farm: Jeff Blashill. That Blashill already knew the young core of the Red Wings from coaching them in Grand Rapids was a nice bonus. On the other hand, a problem Blashill will have to face right from the start is the aging core of the Wings; Zetterberg, Franzen, and Kronwall in their mid-30s; and Datsyuk now 37! Since that was apparently not enough vets, the Red Wings doubled down and picked up 35 year old Brad Richards, and 30 year old Mike Green from free agency.

Here are your Red Wings lines, courtesy of Winging it in Motown.

Howard in net. Mrazek backing him up.

Wing's rookie Dylan Larkin is American but his dad hails from Scarborough. #TMLtalk

Jonathan Bernier starts for the Leafs tonight in Detroit. Grabner, Polak, Corrado all expected to remain out.

Apparently Babcock will stick with the same lineup he iced vs. the Habs at the home opener on Wednesday. That means Bernier is in tonight, and most likely James Reimer will start tomorrow.

The Leafs lost both of their pre-season matches to Detroit. These were the last two games as well, so you can't blame it on the Solar Bears.

But hey, everybody! Move your body! Babcock's back! Alright!