From the branches: The Leafs top two points leaders are defenceman

Morgan Rielly and Dion Phaneuf lead the Leafs in points

Share All sharing options for: From the branches: The Leafs top two points leaders are defenceman 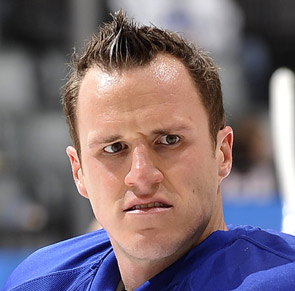 Dion Phaneuf is one point behind the Leafs leader with 9 points.
Let me repeat that. Phaneuf is one off the Leafs points leader. Has that ever happened before? Is that better or worse than potassium benzoate?
Morgan Rielly has 9 10. Together with Phaneuf they are the top two point earners on the team. No other team has two defencemen at the top as of Sunday.

Today is another game day; The Leafs will play the red hot Stars in Dallas, and by red hot I am talking about their scoring, which is second in the league, not the actual players. With Benn, Seguin, Sharp, and Spezza The Stars have unsurprisingly been on fire this season and lead the Western Conference. At 24 points they are behind in the league only by the Habs, with 27 points. The Stars have lost only 3 of their 15 games to date.

One of those three losses was to James Reimer and the Maple Leafs.

Will tonight be a repeat? Will Seguin and Benn finally admit their hot burning love to each other? Find out what I think in the game preview this afternoon!

Notez Bien: Tonight is the Leafs first 'late' game of the season. Puck drop is 8:30PM EST and it is a Sportsnet 'regional' game, meaning blackouts are in effect.

There was actually only one game last night: Ducks vs. Coyotes

Coyotes @ Ducks instant recap: Downing the Ducks - Five For Howling
The Coyotes fought back from a 2-0 deficit to win 4-3 in overtime against the Anaheim Ducks.

The Ducks lost after a hilarious flub by in overtime Ryan Getzlaf.

Getzlaf turns it over right outside the blue line, Boedker wins it in OT on a breakaway pic.twitter.com/pkwAyBC7N0

I guess that was karmic realignment for this.

Friedman says Patrick Marleau has not been asked to waive his NMC, but a team is pushing hard to acquire him via trade.

Mystery team pursuing Patrick Marleau - Fear The Fin
Hockey Night in Canada is reporting a team is making a move to acquire Marleau.

Daniel and Henrik Sedin came to the rink on a day off to say hello to Tortorella. He says that's a relationship he treasures. #Canucks

Chris Pronger: This Bud's for you big guy, salute! - St. Louis Game Time
He was one of the best to ever wear the Blue Note and tonight he went into the Hall of Fame.

Evgeny Svechnikov pays it back | The Chronicle Herald
Svechnikov never debated what he would do with the money he earned from his NHL entry-level deal with the Detroit Red Wings. When the three-year contract was finalized in October, he sent his signing bonus straight to his parents, Elena and Igor Svechnikov, who live in Kazan, Russia.

The NFL's Chickenhawk Celebrations, From Some Veterans' Points of View - The Atlantic
James Fallows and The Atlantic's staff have written some great updates on the US DoD's pay for patriotism events.

Beaulieu's lack of suspension may set a dangerous precedent - Eyes On The Prize
Ya, but it was Rinaldo so...

Russia faces ban from athletics for widespread doping offences | Reuters
Russia could be banned from international athletics, including the 2016 Olympic Games, after an anti-doping commission report on Monday alleged widespread corruption and collusion that added up to a state-sponsored drugs culture in a sporting superpower.