I hope you didn't expect I'd be humble about it.

Share All sharing options for: Reminder: Starting James Reimer was my idea

The Leafs have won five games this November.

Guess who was the starter for all five.

Some people doubted James Reimer. I did not.

On November 4, 2015, shortly after the first of two times the Leafs undressed the Stars this month, I called for James Reimer to be made starter this entire month, except the two back-to-back games, regardless of whether Bernier had recovered. I knew he could prove he was a real NHL No. 1 goalie and I wanted him to have the chance to prove it.

Now I'm not saying Mike Babcock literally read PPP and was swayed by my peer-reviewed analytics-based arguments, though Dubas probably did at least have MLSE's IT department unblock our domain now that Leiweke is a lame duck. However I do have some deep inside connections to certain players that I can leverage as needed.

I personally convinced Mike Babcock to start James Reimer all these games.

What? You don't believe me? Can you prove I didn't? 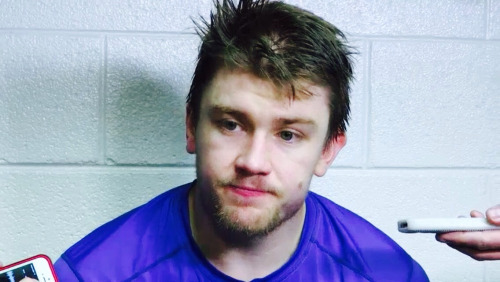 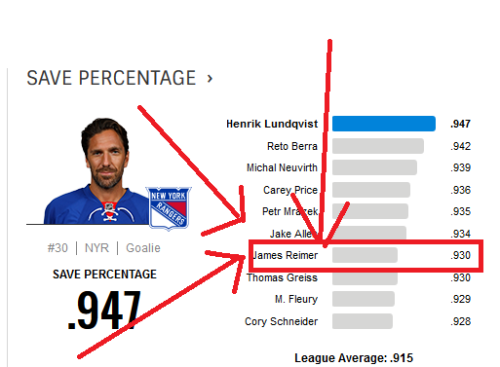 Those of us who watch the spreadsheets know James Reimer now has a season SV% of 0.930. That's only 0.006 behind Carey Price! What's Jonathan Bernier's season SV%? Oh. According to War On Ice, among goalies who have played more than 288 minutes this season (to capture goalies who have played at least five full games, less a few minutes each for empty net), his even-strength adjusted save percentage for all 12 games in which he's played this season (555 minutes on ice total) is 0.9503. That's behind only two other goalies: Henrik Lundqvist (0.9591) and Reto Berra (even after last night he's still at 0.9728)!

Now that that's over with...

Let's take a look at where we really are. James Reimer is on an incredible run which may still last a while longer, but it won't be forever. That doesn't mean he's not starter material. If he goes back to being a reliable .920 goalie it will be spectacular. The league's average all situations sv% this season is .915. Inevitably this ride will end and he will drop a game, flub a goal, and be shaken up. I am confident that won't turn into another tail spin.

Looking ahead to the next back-to-back. Let me be bold again and change up the plan: give Bernier the Hurricanes on Friday, and Reimer the Bruins on Saturday and Monday. Bernier needs an easy start to prove he's still an effective "1b" (and get that trade value up). Conveniently, the Hurricanes have the worst goal differential in the league.

Jonathan Bernier on his tough outing in NYC: "It wasn't Game 7 of the playoffs. Thank God."

On the flip side Reimer gets to make the ultimate statement that he is the team's No. 1 and forever banish the memories of That Game, which was the root cause of this whole goalie controversy in the first place.

If Reimer can get through these two games and: keep up his SV%; and win at least one, or even wins both; there could be no more doubting that James Reimer is a real NHL starting goalie.

I believe in James Reimer.