The Leafs face The Bruins for the second game in a row. This time on home ice.

"James! Look at this!" Bernier yelps.

Reimer groans groggily as he wakes up only minutes after falling asleep. "Bernie.... There's a reason it's called the pre-game nap. I need a rest." He rolls his head over and positions an extra pillow on top of his head. Bernier flings it off, and demands he look at what he sees on his phone, fascinated by what he is reading. Reimer glares at him with his slightly less than happy eyes, which momentarily terrifies Bernier. "I'm... sorry James." Bernier whispers.

Reimer sighs. "It's OK, Bernie." Reimer rolls his eyes and says "I'm awake now so you might as well show me what you were looking at."

"You know I tried to go to sleep at 9:30, but someone kept me busy much later." Reimer says with a smirk. 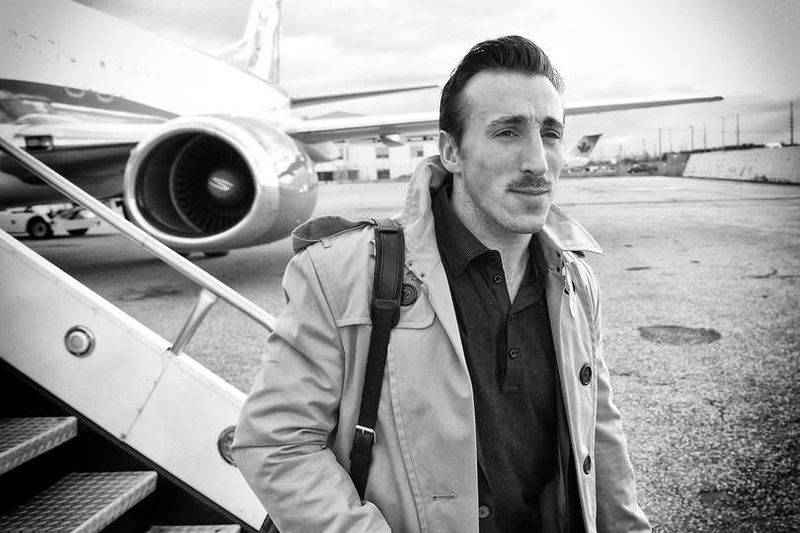 Bernier chuckles and kisses James, then turns his phone to him. "Look at this. I found it on some weird Bruins blog." Reimer takes the phone and reads the blog. He laughs at a black and white picture of Brad Marchand with a mustache. "Ewww! Marchand looks so gross with a mustache."

Bernier frowns and stares Reimer in the eyes. "Oh. So you think he looks hot without a mustache, James?"

Reimer's eyes widen. "No! I didn't mean that!" Reimer stops when he realizes Bernier is teasing him. "Oh fuck you!" he yelps.

Bernier gives an exaggerated shocked face. "Language, James!" Reimer laughs, though looks a bit surprised at himself for saying that. All is quickly forgotten when Bernier leans in and kisses him passionately, pulling back and whispering "Now that I've gotten you all hot and bothered, do you really want to nap?"

You picked Pho as the best last Satruday, now pick the worst! What is the worst soup?