Tank wars: one team will be victorious, the other will win the game.

It's the battle for last place as the 28th ranked Leafs fight to let the 30th ranked Oiler's move ahead of them in the standings so their chances of winning the draft lottery increase.

We don't need to get into advanced stats to see how and why both these teams are atrocious. The reasons are quite well documented. With Phil Kessel gone The Leafs offence has dried up. Sure, Nazem Kadri has a bizarrely low shooting percentage, but there's always one outlier in that column; his teammates haven't picked up the slack. Leo Komarov of all players  is once again tied with Joffrey Lupul as the goal scoring leader with eight. 41 NHL players already have nine or more goals (Kessel is not one of them, but that's a whole other story). That being said, only one of those 41 players is an Oiler, Taylor Hall.

With both Connor McDavid and Nail Yakupov out with injuries the Oilers offence will tonight be falling back again on Hall, and also Leon Draisatl and Ryan Nugent-Hopkins, whom as mentioned above both have fewer goals this season than even Uncle Leo.

So let the tank wars begin? 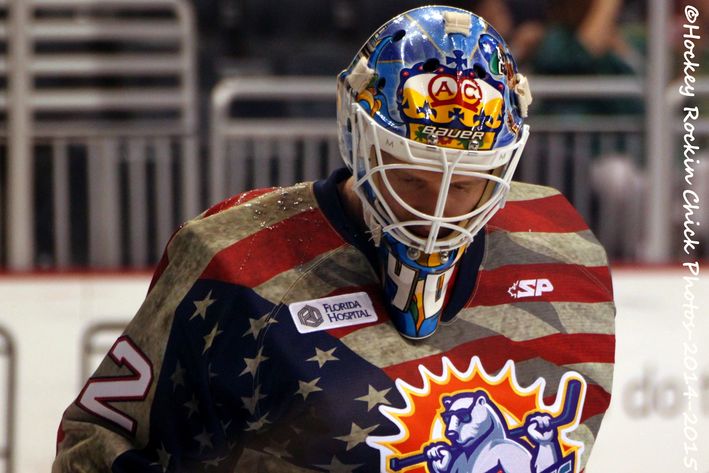 Tonight Mike Babcock decided to let the awesome Garret Sparks make his NHL debut tonight. Sparks is such a cool guy that you really can't hope anything other than he earns a shutout in his first game!

We've had a lot to say about Sparks over the years, ranking him as high as 18th place in our Top 25 Under 25 in 2014. Sparks fell out of the rankings this year, placing 30th, partly that was because we believed at his position he was buried under Reimernier and other prospects like Bibeau.

Now well into the season Sparks has performed far beyond our expectations, perhaps in part because he has taken a more professional attitude with respect to his training. Last April PPP's Orlando correspondent Achariya interviewed Sparks and he had this to say:

Obviously I’ve been here all year, I’ve had my ups and downs, but at the same time I’ve learned a lot about myself, my game, on and off the ice, what it takes on a daily basis to be a professional hockey player, and… It’s amplified when you’re down here and you don’t have maybe the coaching, the specific goalie coaching that you’re used to up there, you have to do a lot on your own and figure out a lot on your own.

He appears to have figured out a lot in the past 7 months. As Sportsnet reported in an interview with Sparks earlier in November he gave up "sweets and junk food in the off-season" and dropped 25 pounds. Sparks is friends with Mike Condon, who also openly admitted he had a major challenge with his fitness that he turned around this off season. The Canadiens goalie prospect was called up for his NHL debut earlier this season because of Carey Price's injuries.

Tonight Garret Sparks gets his chance.

Well we may not have a choice!

We all are familiar with Jonathan Bernier's surprisingly terrible performance this season, but The Oilers have had their own unpleasant goaltending surprise.

The Oilers dumped ex-Leaf Ben Scrivens in the minors after trading away their second and third round picks to The Rangers in exchange for Cam Talbot. Talbot is a late bloomer. Undrafted, he worked his way up through the AHL and started his first NHL game at 26 years old in 2013. He played remarkably well for the Rangers, with a 0.941 sv% in 21 games in 2013-14 and a 0.926 sv% in 36 games in 2014-15.

Then he went to Edmonton.

So far this season he has a 0.899 sv% in 13 games. Remind you of any other goaltenders season?

It truly is the graveyard of the leagues promising youngsters.

Garret Sparks
That other goalie

I can't find their defence pairings, but does it even matter?